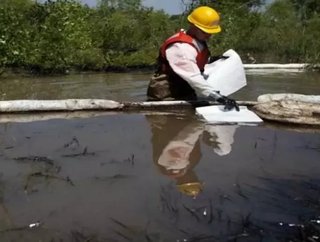 Fourteen landowners filed a lawsuit against Exxon Mobil Corp. last week, claiming that the company spilled an estimated 1,500 barrels of crude oil in...

Fourteen landowners filed a lawsuit against Exxon Mobil Corp. last week, claiming that the company spilled an estimated 1,500 barrels of crude oil into the Yellowstone River after ignoring warning signs.

Landowners claim that last year's spill could have been avoided had Exxon shut down operations during severe flooding in July. The plaintiffs claim that their property and livestock has suffered due to exposure to oil. Around 70 miles of the riverbank were contaminated, causing “more property damage than all other accidents in Montana over the last decade combined,” the Huffington Post reports.

After spending around $135 million to cleanup the area and make upgrades to the pipeline, Exxon re-installed the pipeline dozens of feet beneath the riverbed to avoid scouring caused by future flooding.

Officials in the town of Laurel, where the incident occurred had warned Exxon numerous times about the risks, but to no avail. And it wasn't the first spill. Several incidents have occurred over the years.

A second lawsuit against the company from landowners in the county is set to go to trial next October.