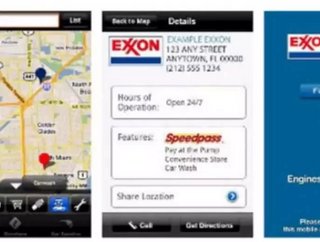 The &lsquo;ExxonMobil Fuel Finder app is being launched for Android smartphones. The app will provide drivers with real-time maps, driving directions...

The ‘ExxonMobil Fuel Finder’ app is being launched for Android smartphones. The app will provide drivers with real-time maps, driving directions, and station information for approximately 10,000 Exxon and Mobil gas stations across the continental United States.

"This new app continues our record of delivering what consumers want and need," says Chris Mahoney, U.S. branded wholesale manager for ExxonMobil Fuels Marketing. "Since the iPhone and iPad version of this app was introduced in November 2010, it's had over 26,000 downloads. Our customers have been very interested in when the same technology would be available for their Androids, and now they can more easily and more efficiently find an Exxon or Mobil station no matter where they are."

Since January 2001, ExxonMobil has offered an online station locator. The Android and iPhone apps are simply an updated mobile version of the program. Using GPS technology and Google maps, ExxonMobil’s app will “steer” drivers in the right direction.

The app has the ability to filter stations by hours open, fuel types sold, convenience stores, pay at the pump, Speedpass, car wash, etc. It even provides an “Our Gasoline” section, in which ExxonMobil explains why its product is second to none.

It seems odd that an app that only locates one brand of gasoline would become popular. Plus, it’s a fair bet that the 26,000 downloads for iPhone is equal to roughly about the number of U.S.-based ExxonMobil employees with an iPhone. But hey, I suppose there may be those people out there who swear by ExxonMobil gasoline and wouldn’t be caught dead at a Chevron or BP station. And all the people that fall under that category and were upset when they opted for an Android over an iPhone simply because they couldn’t download the app before, well guess what… your day has come.