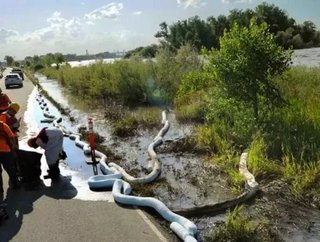 Rex Tillerson is one of the most powerful men in business, and this oilman is a no nonsense kind of guy. Texas-born Tillerson worked his way up the Exx...

Rex Tillerson is one of the most powerful men in business, and this oilman is a no nonsense kind of guy.  Texas-born Tillerson worked his way up the Exxon corporate ladder ever since graduating with a civil engineering degree from the University of Texas at Austin.  It was in 2004 that Tillerson was named President and Director of ExxonMobil, and in 2006 he was appointed as Chairmen and CEO.

While Tillerson has spent the majority of his adult life working for Exxon, he also has another lifelong interest: Scouting.  Yes, Rex Tillerson was awarded the rank of Eagle Scout in 1965, and has proudly promoted scouting throughout his professional career.  In 2009, Tillerson was inducted into the Eagle Scout Hall of Fame of the Greater New York Councils.  On May 23, 2010, he was appointed as the National President of the Boy Scouts of America.

So what would his Scouting brethren think of ExxonMobil’s recent oil spill on the Yellowstone River—arguably one of the most beautiful and pristine waterways in America?  42,000 gallons of crude oil reportedly traveled 240 miles downstream from where an ExxonMobil pipeline buried beneath the Yellowstone River ruptured.  ExxonMobil officials were quick to act, stopping the leak in a matter of hours after being reported and bringing in ground crews to sop up the oily mess along riverbeds.

With the oil industry recovering from BP’s massive spill in the Gulf of Mexico just one year prior, ExxonMobil isn’t winning any friends, despite its speedy response to the spill.  Ironically, Mr. Tillerson was most vocal in response to BP CEO Bob Dudley’s remarks that it is “unrealistic” to dismiss the BP spill as a “‘black swan,’ a one-in-a-million occurrence that carries no wider application for our industry as a principally.”

It looks like Rex Tillerson may have put his foot in his mouth.  Montana Governor Brian Schweitzer is being very demanding with Tillerson to release details on the type of oil spilled so as to better understand how to clean it up and what possible damage it can cause to the river’s ecosystem.  It looks like this CEO has landed in some murky water.  What would a Scout do?  More importantly for Tillerson, what do his beloved Scouts think of him after this spill?