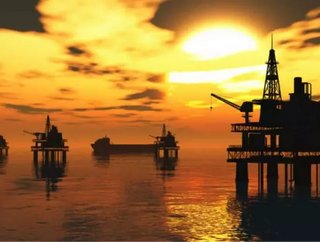 An explosion and fire during a construction project last November on a Gulf of Mexico oil production platform operated by Black Elk Energy Offshore Ope...

An explosion and fire during a construction project last November on a Gulf of Mexico oil production platform operated by Black Elk Energy Offshore Operations, LLC occurred after contractors failed to follow standard safety practices, a third-party investigator has concluded. The platform is located at West Delta 32 Block in the Gulf of Mexico, 17 miles south east of Grand Isle, La.

After a thorough eight-month investigation, ABSG Consulting found that, while production was shut in, workers welded on piping that was connected to a tank containing crude oil and flammable oil vapors without following Black Elk Energy’s safety practices.

A global company known in safety and risk management, ABSG was retained by Black Elk Energy to investigate the Nov. 16, 2012 incident that resulted in the deaths of three workers and injuries to others. ABSG performed an extensive investigation to determine the causes of the accident, coordinated its investigation with the U.S. Bureau of Safety and Environmental Enforcement (BSEE), and provided recommendations to prevent a similar incident in the future.

“The victims of this tragic accident last November are always in our thoughts and prayers,” said John Hoffman, Black Elk’s president and CEO. “We owe it to them and their families to understand how this accident happened. With this ABSG report, I am confident we now know the causes of this tragedy and how to prevent such an accident from ever happening again.”

·On the day of the incident, workers were welding a flange on open piping leading to an oil tank that contained flammable vapors. The piping leading to the tank had not been isolated and made safe for welding activities as required by Black Elk Energy safe work practices.

·Flammable vapors in the piping ignited and within seconds reached the first oil tank and then two connected tanks.

ABSG determined that use of the DNR Offshore subcontractor without notifying Black Elk Energy was one of several causes of the incident. ABSG also determined other causes were that Grand Isle and DNR Offshore employees failed to adequately follow safe work practices for performing welding and failed to stop work when unsafe conditions existed. The workers involved in the incident were from the Philippines.

“Filipino offshore oil workers have a deserved reputation for competence and professionalism,” Hoffman said. “A serious issue in this case was Grand Isle’s apparent failure to provide proper safety training and appropriate supervision.”

In conducting its investigation, ABSG reviewed thousands of pages of documents and records; collected and preserved physical evidence from the platform; performed fire and explosion modeling of the incident; and utilized industry-accepted causal analysis methodologies to determine the causes of the incident.

“Over the past eight months we have worked to provide support for the victims and their families and cooperated with government officials to analyze the causes of the incident and to implement policy and procedural improvements to minimize the risk of similar incidents in the future,” Hoffman said.

ABSG Consulting issued its report to BSEE and Black Elk Energy; it is available at: http://www.blackelkenergy.com/images/documents/Investigation-of-WD-32-Platform-Explosions-on-11-16-12.pdf