Fertilizer Plant Explosion After Lying to the EPA 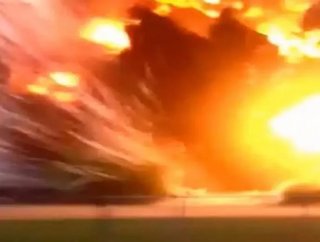 Following the massive explosion at the West Fertilizer Co plant in Texas, killing up to 15 people and injuring over 160 Wednesday, the Environmental P...

Following the massive explosion at the West Fertilizer Co plant in Texas, killing up to 15 people and injuring over 160 Wednesday, the Environmental Protection Agency discovers that the company had lied about the presence of such risks.

In an emergency planning report to the EPA and local authorities, the company wrote that there was “no” risk of fire or explosion, indicating that the 54,000 pounds of anhydrous ammonia on hand but nothing dangerous enough to cause a devastating incident.

In 2006, the company also failed to get or qualify for a permit, according to the Associated Press. Complaints of the smell of ammonia also led to investigations under the Texas Commission on Environmental Quality in the same year when the company failed to provide an adequate risk management plan to the EPA.

Seeing that the $10 billion industry continues to grow, the risk factors involved, though uncommon, will become of increasing importance. Because a lot of fertilizer is made with natural gas, the fertilizer market will especially be growing in the US, where fracking activity is seeing a boom period.

At this point, it appears the Texas plant explosion was not the result of criminal activity, but “we're not ruling that out,” Seargeant W. Patrick Swanton of the Waco Police said in a press conference Thursday morning.