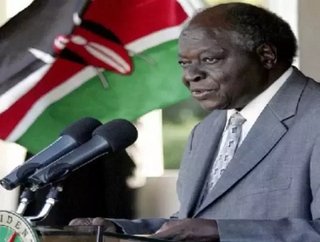 Kenya&#39;s President Mwai Kibaki announced Monday that a significant amount of oil has been discovered in the country for the first time. According t...

Kenya's President Mwai Kibaki announced Monday that a significant amount of oil has been discovered in the country for the first time. According to the President, the find from the weekend at a site called Ngamia is “a major breakthrough,” and similar in size to valuable light crude previously discovered in Uganda.

Tullow Oil is carrying out the oil exploration in the area, claiming that 20 meters of net oil pay was discovered. It is also considered to be of a higher quality oil that will yield more gasoline and diesel per barrel compared to other finds in Africa.

"To make a good oil discovery in our first well is beyond our expectations and bodes well for the material program ahead of us," Tullow's exploration director, Angus McCoss, said in a statement. “...following this discovery the outlook for further success has been significantly improved," McCoss said, looking into other prospective sites.

"I think Uganda provides a helpful parallel," Tullow spokesman George Cazenove told the Associated Press. "There's a lot more work to do before we talk about how we get this to production and how it would affect Kenya as a nation... It's a great result but must be seen in context. It's a long-term game for sure.”