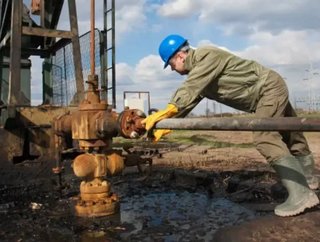 A plurality of Americans are in favor of hydraulic fracturing or &quot;fracking&quot; to extract natural gas from the ground, according to a survey of...

A plurality of Americans are in favor of hydraulic fracturing or "fracking" to extract natural gas from the ground, according to a survey of 1,003 adults by the Robert Morris University Polling Institute Powered by Trib Total Media.

After a balanced presentation of fracking offered by energy groups and environmental groups, 42.3 percent reported they strongly support fracking while 32.8 percent expressed opposition – somewhat or strongly.  Many, 24.9 percent, were unsure.

Among those with an opinion, the majority, 56.4 percent, supports fracking and 43.6 percent are opposed.

Empire Energy is leading the way in oil and gas exploration

Does fracking cause earthquakes?

“It is interesting that a majority is in support of fracking. Just three years ago, when there was staunch opposition to fracking by many environmental groups, I think you would have been lucky to have a third of poll respondents in support of fracking,” said Tony Kerzmann, assistant professor of engineering at RMU.

Among those with an opinion:

The Poll was conducted by the Robert Morris University Polling Institute Powered by Trib Total Media. Polling by the Institute is conducted on a regular basis and may also include spontaneous polling on occurring events.

The Poll sampled opinions of 1,003 approximately proportional to state population contribution nationwide. The survey was conducted Oct. 23 to Nov. 1, 2013. All surveys were conducted using an online survey instrument. The poll has a +/- 3.0 percent margin of error at a 95 percent confidence level on a composite basis.