Fracking the way to energy independence 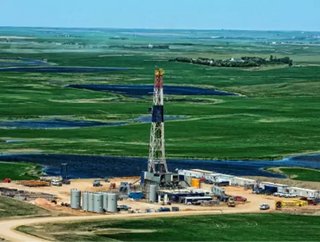 [email protected] The April issue of Energy Digital magazine is live With activists continually calling for more regulation, you would think that th...

With activists continually calling for more regulation, you would think that the oil and gas industry has been given a pass. In fact, oil and gas operators must meet dozens of state and local licensing and permit requirements that differ from state to state, amounting to a stack of paperwork that easily fills a four-drawer filing cabinet.

For a single operation, a company must meet a range of air, mineral, radiological, waste and water requirements specific to the particular geological, regulatory and business environment in each state. In addition, companies must comply with licensing, permitting, and other regulations at the county and city level. Regulations governing oil and gas operations are structured this way because a one-size-fits-all federal process doesn’t work in a large nation with many differing land and water structures.

Fracking was behind U.S. economic recovery

Despite the many regulations governing oil and gas drilling, there is still a lot of push-back against the industry. Most of this has centered on the practice of hydraulic fracturing (fracking), a process of injecting water, sand and a small amount of chemicals into shale rock formations deep below the surface to unlock oil and gas trapped in the rock. A combination of horizontal drilling and fracking have been responsible for taking the United States from an energy importer to an energy producer and even exporter in the space of less than a decade.

According to the International Energy Agency (IEA), the U.S. is now on track to surpass all Saudi Arabia oil output by 2017. The U.S. oil and gas industry supports 9.6 million jobs and lowers the unemployment rate in any state that produces oil or gas. There are 33 oil-producing states that have some of the lowest unemployment rates in the nation, like North Dakota, which was at 2 percent when the rest of the country was at 8.3 pecent. At North Dakota’s current tax rate, the revenues from the Bakken reserves could net the state $240 billion over the next 40 years. In Pennsylvania, Penn State has documented state and local tax revenues of $1 billion and expects that number to go up to $2 billion by 2020.

Penn State estimated that in Pennsylvania 23,730 jobs had been created in construction trade, 16,581 in retail trade, 14,886 in mining, 12,815 in health and social services, 11,042 in professional services, 9,974 in wholesale trade, and 7,767 in hotel and food services. Penn State’s study further estimated that the Marcellus development has created more than $500 million in added value in the retail trade, finance and insurance, health and social services industries, with another $200 million in transportation, information, administrative services, and hotel and food services industries.

In Pennsylvania, for example, the Chamber of Business and Industry estimated that the oil and gas industry had already invested more than $400 million in road improvements and a new impact fee would be raising an additional $200 million over several years.

The oil and gas boom has also helped U.S. manufacturers start bringing back work that had been sent overseas by providing cheaper energy and feedstock. The Reshoring Initiative, an organization that helps companies assess where to manufacture their products, estimates that 50,000 jobs have returned to the U.S. in the last three years, accounting for 12 percent of the total U.S. manufacturing jobs added since 2010 (per Bureau of Labor statistics). Among those companies bringing at least some of their production back to the U.S. are Whirlpool, Rolls Royce Aerospace, Siemens Gas Turbines, General Electric, Apple, Caterpillar, and Ford.

The facts on fracking

•Fracking is performed after wells have been drilled down to levels of as much as 7,000 to 15,000 feet.  The drinking water aquifer is only 300 feet below the surface.

•Before any mixture of water, chemical, and sand is used to frack the shale, the well is encased in multiple layers of steel and concrete to ensure that the fracking mixture is delivered directly to the shale layers targeted for fracturing, 10,000 to 15,000 feet below the aquifer.

•The fracking mixture, as well as the released oil or natural gas, are then sucked back up through the protected wellbore and filtered for re-use. Unusable byproducts are stored and/or disposed of by deep well injection.

•The fracking mixture is 99.95 percent water and sand and 0.05 percent chemical. Most companies now post the chemical components used in fracking operations, and most have eliminated potentially harmful chemicals in favor of food-grade additives. See www.fracfocus.org for chemical disclosures. Some companies are also testing alternatives that use little to no water.

The controversy over fracking escalated in the last several years after the documentaries “Gasland” and “Gasland II” leveled serious claims of groundwater pollution, complete with vivid scenes of homeowners lighting water on fire as it flowed from their kitchen taps. The documentaries attracted a lot of attention from celebrities and the media, despite the fact that many of the claims and scenes featured in the films have been debunked (see here, here, and here for a few of the articles).

The overwhelming majority of scientific research from 150,000 shale wells in the U.S. has always landed on industry’s side in the debate over the benefits of oil and gas production versus the environmental impact. See the Center for Rural Pennsylvania’s “Impact of Marcellus Gas Drilling on Rural Drinking Water Supplies,” the University of Texas’ “Fact-Based Regulation for Environmental Protection in Shale Gas Development,” the Texas Department of State Health Services “Final Report: Dish, Texas Exposure Investigation,” William L. Ellsworth’s “Injection-Induced Earthquakes,” and Duke University’s “Methane contamination of drinking water accompanying gas-well drilling and hydraulic fracturing,” to name just a few.

Nonetheless, industry has responded to concerns with safer and more efficient methods:

•Recycling water – recycling the majority of wastewater for reuse, operators use less of this precious resource while reducing the space and resources required for containment and disposal of contaminants

•Proper frack monitoring – employing the latest technologies and techniques, developed through the more than 60-year use of fracking

Just as the industry is continually looking for better ways to extract oil and gas, it is likewise continually working on safer and greener methods.

And it’s already paying off: The U.S. Environmental Protection Agency found that methane emissions from oil and gas industry operations actually fell 20 percent more from 1990 through 2010 than its previous estimates – even as production of natural gas has risen by 40 percent — thanks to industry’s largely voluntary improvements in pollution controls on pipelines, wells, and other infrastructure.

The U.S. Department of Energy said: “The decline in coal-related emissions is due mainly to utilities using less coal for electricity generation as they burned more low-priced natural gas.”

Now, that’s something worth celebrating as we recognize Earth Day this month.