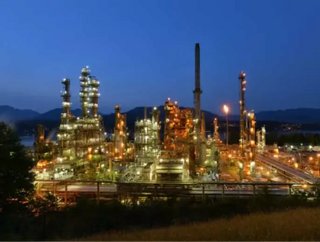 The UK crude oil refining industry is finding it hard to adjust to the rapid changes underway in the fuel market, such as falling motor fuel demand, in...

The UK crude oil refining industry is finding it hard to adjust to the rapid changes underway in the fuel market, such as falling motor fuel demand, increasing consumer preference for diesel, and the rising tide of environmental regulation, according to the latest report from research and consulting firm GlobalData.

The new report states that the rising use of diesel as the prime motor fuel throughout the UK and the rest of Europe, which has intensified in the last decade, has led the UK refining industry into a difficult situation, as most of its refineries are geared towards maximizing gasoline production in the summer months. Additionally, since 2008 Atlantic Basin gasoline demand has fallen to levels at or below the bottom of its five-year averages, affecting gasoline production in the UK.

“The trend over the last decade has been for traditional refinery owners in the region to sell and move on from this marketplace, with lower-cost buyers stepping in with a different business model to take a chance in this rapidly changing market,” says Jeffrey Kerr, GlobalData’s managing analyst for Downstream Oil & Gas.

“Over the last 14 years, two refineries have shut down completely and have been turned into storage terminals. Moreover, the total amount of atmospheric distillation capacity in the UK has fallen by 223,000 barrels per day (mbd).”

A British refinery undergoing difficulties is the Murphy Oil plant at Milford Haven, Wales, which has been for sale for more than two years, as the company is looking to focus its efforts on upstream activities instead. Murphy Oil has stated repeatedly that if it cannot find a buyer, it will turn the refinery into a storage terminal and shut down all the processing units.

However, some of the British refineries have made adjustments in order to remain competitive. About 10 years ago, the ExxonMobil refinery in Fawley, Southampton, closed one of its crude units as part of a reconfiguration project to favor middle distillates over gasoline production.

“Varying the crude slate away from a predominantly North Sea-centric suite to more international grades has helped ExxonMobil achieve a product mixture that has less emphasis on gasoline,” says Kerr.

This environment is not just a UK phenomenon, says Kerr. Phillips 66 has put its Whitegate refinery —the only refinery in Ireland — for sale, while ExxonMobil has also announced that it is closing its Dartmouth refinery in Nova Scotia, Canada, after not being able to find a buyer for the facility.

“These refineries are too costly to upgrade and not big enough to compete in the increasingly competitive Atlantic Basin marketplace,” concludes Kerr.