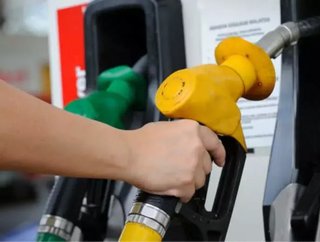 [email protected] About 43 million Americans will travel at least 50 miles to visit friends, relatives, and loved ones during the Thanksgiving weeke...

About 43 million Americans will travel at least 50 miles to visit friends, relatives, and loved ones during the Thanksgiving weekend, which means gas prices are on the rise. Although the price per gallon is 15 cents lower this year than last year, the cost has been increasing as the weather has turned colder.

After falling to a multi-year low of $3.18 per gallon on Nov. 12, the national average price of gas has now increased for 13 straight days and jumped 10 cents to a current average of $3.28, according to AAA. This streak of rising prices comes on the heels of a stretch where the national average ticked lower on 65 of 72 days from Sept. 1 until Nov. 12 and fell 41 cents during that span.

Today’s national average price at the pump is 7 cents more expensive than one week ago, but it remains 2 cents cheaper than one month ago and 15 cents less than the same date last year.

This increase in retail prices has been keyed by increases in Southeastern and Mid-Atlantic states due to planned and unplanned maintenance at a number of Gulf Coast refineries and seasonally stronger demand for gasoline.

One factor not contributing to rising pump prices has been the price of crude oil.  On July 3 the price of West Texas Intermediate (WTI) crude oil rose above $100 per barrel where it remained for 15 straight weeks. This streak came to an end on Oct. 21 and WTI has now settled below the $100 per barrel mark for six straight weeks. This decline continued today with WTI settling 75 cents lower at $93.09 per gallon at the close of formal trading on the NYMEX.

Contributing to this downward pressure was this weekend’s announcement of a six-month agreement to relax some sanctions on Iran.

While the deal is expected to have a limited impact on global crude oil supplies – the White House has indicated that Iranian oil exports will remain below one million barrels per day during the next six months – the deal does help to ease geopolitical tensions in the region and further reduces some of the “fear premium” that has been baked into oil markets and contributed to higher prices. Iranian oil exports this October averaged an estimated 700,000 barrels per day, which is down significantly from the 2.2 million barrel per day average in 2011.

Even with oil prices widely expected to move lower on this agreement, the impact on pump prices will not be immediate. Changes in oil prices take a week or so to make their way through the supply chain and fully impact retail prices for consumers.

However, as gasoline refined from likely cheaper crude oil makes its way to consumers and refinery issues are resolved, AAA continues to predict that the national average will fall to about $3.10 per gallon before the end of the year and an increasing number of motorists will enjoy local prices below $3 as the holidays draw near.