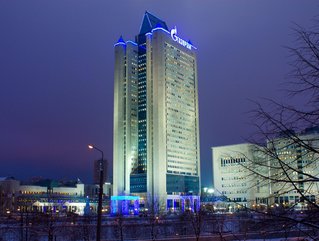 The rankings are done based on financial performance using four key criteria: asset worth, revenue, profit and return on invested capital, with all companies featuring on the list being valued, including assets, above $5.5bn.

Exxon-Mobil had held a 12-year reign at the top of the rankings from 2004 through 2016, however, has seen a significant slip this year placing in just 9th.

The Exxon’s slip has resulted in no US energy company placing in the top five, with Valero Energy Corp. being the highest placing North American company in eighth, whilst both Asia-Pacfic and Europe, Middle East and Africa (EMEA) had four representations each in the top 10.

Additionally, the oil and gas industry has not been the best performer, despite still making a strong showing. This year’s biggest gainers came from the utilities and pipeline firms, including E.ON climbing to 2nd from 114th and Centrica rising to 15th from 156th.

"European utilities and North American pipeline operators got a boost from sticking to what they know best and shying away from more risky enterprises and territories," said Harry Weber, Senior Natural Gas Writer of S&P Global Platts.

"Regulated utilities, in particular, have an advantage because their revenues are largely defined and consistent, and are not as susceptible to swings in oil and gas prices."

In total, largely thanks to the utilities and pipeline sectors, revenues of the top 10 global energy companies surged as much as 30% to $1.1tn, up from $830.2bn last year.