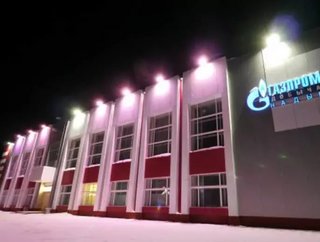 With new threats to Russia’s gas market dominance emerging from America’s liquefied natural gas (LNG) exports and international development of unconventional gas, the country’s LNG liberalization plan is a deliberate and timely response put in place to secure its standing in the world’s gas industry, says an analyst with research and consulting firm GlobalData.

Since 2006, Russia’s largest oil operator Gazprom has enjoyed a monopoly on the export of Russian gas through a clause in the Russian Federal Tax Code. However, the first stage of the LNG liberalization will take effect on January 2014, which will allow for LNG exports from approved developments by several companies only.

“While this may be perceived as a blow to Gazprom’s dominance, in which the Russian government controls the majority of shares, it will expand the Russian footprint in the global gas market with operators that complement the markets traditionally served by Gazprom,” says Anna Belova, GlobalData's lead analyst covering Upstream Oil & Gas.

“Furthermore, the plan will position Novatek and Rosneft, operators of the pre-approved LNG developments, as international gas exporters, alongside national champion Gazprom.”

In addition to the expedited development pace for pre-approved LNG projects, an upswing in licensing and exploration is expected in the two main gas-producing regions of Russia as a result of the new LNG law.

“Gas fields in the Russian Far East capitalize on the proximity to Asian demand centers, while fields in the Yamal Peninsula benefit from the Mineral Extraction Tax relief, where the first 8.8 trillion cubic feet of produced gas are not subject to the tax,” Belova says.

Under the current Rosnedra’s 2013-2014 plan, 11 blocks with significant gas reserves will be offered for auction in the Yamalo-Nenets Autonomous Region, along with another four blocks in the Republic of Sakha (Yakutia).

GlobalData expects the outcome of these auctions to provide a long view into Russia’s future gas market leaders.