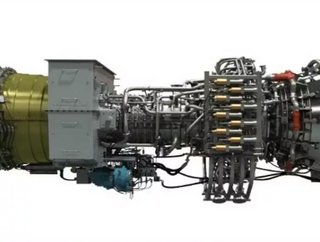 The world's largest collection of medical research institutions and hospitals, the Texas Medical Center, depends on GE's natural gas-fueled turbine unit to support its 280-building empire. That same technology was used to provide Japan with power after the devastating earthquake and tsunami in 2011, and will be used to power next year's Winter Olympic Games in Russia.

Despite public concern over the industry's methods of tapping more natural gas reserves, via “fracking,” the source remains an important, inexpensive and cleaner fuel compared to its fossil fuel counterparts.

GE's unit that has supported the medical center since 2010 represents a type of system that has become increasingly popular around the world, playing up its reliability to deliver regular and backup power during outages or shortages. There are over 2,200 active turbines in 76 countries around the world, including remote areas in the Amazon.

Each turbine takes about ten minutes to turn on, can be shipped and set up within a matter of weeks and provides fast and lasting power to areas stricken with natural disasters. The units in the company's aeroderivative line have seen four years of double-digit growth in orders, with volume expected to increase another 25 percent this year.

“Due to the simplicity of its durable architecture, the 7E 3-series gas turbine offers industry-leading starting reliability and can come to full speed in less than 10 minutes,” Paul Browning, president and CEO Thermal Products, GE Power & Water, said in a statement. “This allows the 7E 3-series to excel in peaking power applications, also making it an excellent fit for the quick addition of supplemental power to compensate for the intermittency of renewable energy."