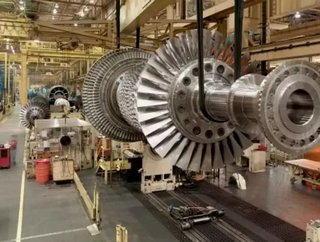 GEs new natural gas turbine picks up where solar and wind power leaves off. In case of clouds, the generator will turn on to meet a solar plants shortf...

GE’s new natural gas turbine picks up where solar and wind power leaves off.  In case of clouds, the generator will turn on to meet a solar plant’s shortfall.  No wind?  No problem.  GE’s new turbine kicks in to pick up the slack at wind farms.

The company has invested over $500 million to develop the turbine and accompanying power plant.  The technology is expected to be ready for the market by 2014.

The turbine generator and ancillary components will be manufactured in France and initial versions of the system will be designed for the European market’s 50-hertz power frequencies.  There is no official date for release into the American market.

GE CEO Jeffrey Immelt noted at a conference last week in Florida that GE is bullish in its outlook on natural gas.  “It appears like we’re heading into a natural gas cycle,” he says.

Similar renewables/natural gas hybrid systems have been developed in conjunction with various solar plants already, including the Martin Next Generation Solar Energy Center in Florida.  However, the GE system will be the first commercially marketed standardized system for the industry.