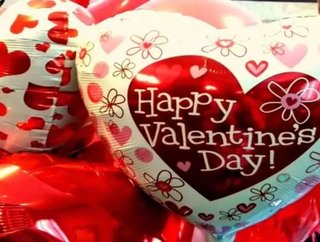 If you&#39;ve been to the store recently in an effort to pick out that perfect oversized helium-inflated balloon for your special Valentine, you may ha...

If you've been to the store recently in an effort to pick out that perfect oversized helium-inflated balloon for your special Valentine, you may have been told something to the effect of, “sorry, but we're actually experiencing a bit of a helium shortage at the moment.”

It's true—the world is experiencing the worst shortage of helium in decades. Unfortunately, it's affecting more than just the birthday party industry; it's threatening critical research projects and industries that rely on the lighter-than-air element. Welders, deep sea divers, makers of MRI machines, dirty bomb detectors, lasers, fiber optics and computer chips all rely on helium.

The shortage has been particularly hard on research centers studying the brain using machines similar to MRIs, magnetoencephalography (MEG) scanners, at universities such as Glasgow, London, Oxford and Cambridge.

“We increasingly face regular periods of forced shut-down of our multimillion-pound facility because of these difficulties, and we are told the problem will only get worse,” Mark Stokes, a cognitive neuroscientist at Oxford’s Centre for Human Brain Activity, told The Independent.

Liquid helium is also critical for the cooling of infrared detectors, nuclear reactors and the machinery of wind tunnels. NASA uses the inert gas to purge potentially explosive fuel from its rockets. I could go on...

Although rare on Earth, helium is the second most abundant element in the universe, with the US as its biggest producer. So, why the shortage?

A little background: In 1920, the government had figured out how to extract helium from natural gas, which was used in the military to protect convoys of ships traveling across the Transatlantic. By 1960, the element became so crucial to national security that Congress passed a law authorizing the federal government to purchase 100 years worth of the stuff—most of which is stored in porous rock some 3,000 feet below the earth's surface in a federal reserve just outside Amarillo, Texas.

Operated by the Bureau of Land Management, the reserve holds about half of the country's helium supply and a third of the world's. By 1996, helium was less important to national security, so Congress passed another law to phase the government out of the business, and started selling the element to the public at rock-bottom prices (two billion cubic feet of crude helium a year).

As the element has become increasingly useful to a plethora of high-profile industries, the rate at which it's selling is not enough to fill growing demand.

The reserve can't just pull out more helium; more companies will have to collect the helium released to the air during the mining of natural gas—an effort most have been unable or unwilling to do. When natural gas prices are low, there is little incentive to produce just the helium.

“It is difficult to imagine an adequate market incentive to collect helium during natural gas extraction while the US government is selling off its entire stockpile at bargain prices,” Dr Stokes added.

Some analysts believe the element could be depleted by the middle of the century. Like any other industry, it demands protection against the fluctuations in cost and its frivolous use. Unlike other industries, however, it is a strategically important raw material and a vital ingredient of our function on Earth.