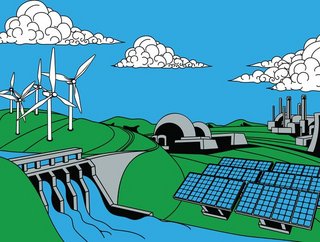 Popular comparison site, Gocompare.com, has revealed the annual energy usage of various large organisations across the globe, and how much of that energy is renewable.

Of the seven businesses researched, four of them – Google, BT, Facebook, and Apple – use a degree of renewable energy (44 percent, 95 percent, 35 percent, and 92 percent respectively). However, Network Rail, Adobe, and the Palace of Westminster use no renewable energy; in fact, the Palace of Westminster uses enough energy to power nearly 4,000 British homes every year. Network Rail fares much worse, using enough to fuel every home in Wales for six months.

Gocompare.com has integrated a tool into its site for users to compare how much energy businesses use compared to that of the average UK household, as a business’s contribution to green processes is increasingly important to consumers. It even breaks that energy usage down into solar, water, and wind.

Ben Wilson from Gocompare.com Energy said: “It might surprise some to see just how much energy these companies use, especially when compared to everyday household usage.

“Identifying energy use is a key component in reducing energy bills, as businesses can often take simple measures to cut down their usage - for example, by ensuring employees switch off computers and lights at the end of the day. We also offer a simple switching service for businesses which can help cut costs, particularly if on a standard variable tariff.”