Google Enters the Power Market with Online Tools for Utilities 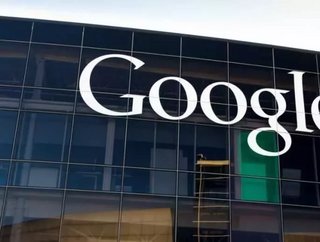 Google is gearing up for a greater presence in the $363.7 billion U.S. power sales market by developing tools that help deliver electricity more efficie...

Google is gearing up for a greater presence in the $363.7 billion U.S. power sales market by developing tools that help deliver electricity more efficiently to homes and businesses.

The company is in the early stages of creating hardware and software tools to manage power lines and other infrastructure.  Google’s Energy Access team—led by Arun Majumdar, vice president of the company’s energy unit—is currently developing the technology.  Majumdar joined Google in December 2012. Previously, he worked for the Department of Energy, where he pushed for innovation and new products through the Advanced Research Projects Agency Energy group.  Craig Barratt, a top leader at Google, is overseeing a consortium that includes Google’s Energy Access team to explore infrastructure, Internet access and energy.

Google is a huge consumer of electricity for the computer servers that power its services and is examining methods to transform the utility industry, which has recently found itself struggling to adapt to changing demands. As renewable energy sources such as solar and wind come online, the grids that power them will need to be more flexible and efficient.

Former secretary of the U.S. Department of energy Steven Chu commented on Google’s plans by saying “They recognize there is a huge wide-open space and that the utility companies are not stepping up to the plate.  They see a huge market opportunity.”

Google is also funding projects in health care, computerized eyewear and self-driving cars. The company has been expanding its investments over the past few years in an effort to make energy more clean and efficient.  In January, Google spent $3.2 billion to acquire digital thermostat company Nest Labs. The company is also an investor in Atlantic Grid Development LLC, which develops and operates an offshore electric transmission project.

Additionally, Google has invested more than $1 billion in environmentally friendly energy power projects globally, from Shepherds Flat Wind Farm in Oregon to a solar photovoltaic power plant in Germany. These investments have provided the company with valuable experience in the power industry and prepared it for developing new products for use in managing the ever-evolving power market.

A recent job posting on Google’s website stated “Google is working on innovative solutions for access to clean, low-cost electricity. Google is seeking to develop technologies and products to address global opportunities for electricity delivery via new and improved infrastructure.”  The company acknowledged its assessment of the potential, saying that their array of projects involves “solutions that aim to fundamentally change the world of power.”