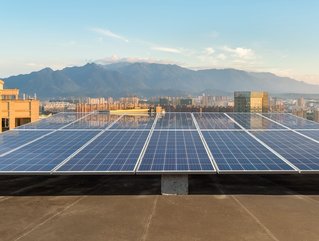 The deal is valued at $130 million and marks Hanergy’s entry into the Japanese market with its HanTile product.

Mori Haruyuki, President of Forest Group said: "We're thrilled to work with Hanergy and utilize its expertise in thin film power sector to revolutionise Japan's photovoltaic market. We have great confidence in Hanergy's products and we're sure that we'll together win accolades in the sector. Further, in the backdrop, we hope that within the next 5 to 10 years, Japan's household market reaches the goal of zero emission, realising a great potential for solar power market."

Lv Yuan, vice president of Hanergy Thin Film Power Group, said, "We're pleased to join hands with Forest Group, marking an entry in Japanese market. At Hanergy, we make enormous efforts to stay ahead of our peers, be it through robust investment in R&D, the constant breakthroughs in technology, and numerous patent applications. It's an upshot of these unremitting efforts, that we could swiftly secure the contract with the leading Forest Group in Japan. We see a great potential in Japanese market, which is also a strategic market for Hanergy."