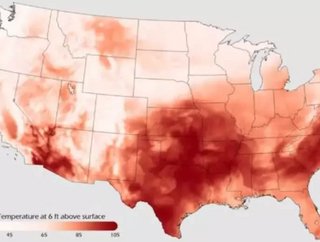 As we head into Independence Day celebrations, scorching temperatures leave nearly 2 million homes and businesses in the eastern third of the US witho...

As we head into Independence Day celebrations, scorching temperatures leave nearly 2 million homes and businesses in the eastern third of the US without power. Record breaking temperatures and violent storms have left at least 22 people dead across the country.

From Illinois to Virginia, many are without power as utilities warn that some will have to go without air conditioning for a while. In Washington, D.C., Mayor Vincent Gray has expressed his concerns and said the local power company, Pepco, has reported the 90 percent without power in the area would have it restored by the end of the week.

"We have had power outage after power outage in the District of Columbia. Frankly, the people are just fed up with it. I don't have any power in my own home," Gray told CNN.

In other states, many are still struggling with outages. According to Baltimore Gas and Electric, 165,000 of its customers aren't expected to get power back up until the weekend. Weather forecasters predict this weekend to reach scorching heat levels again, slightly less severe from last week. Sunday, 288 temperature records were set across the country.

In the upper Midwest, more severe thunderstorms are also expected similar to the one that ripped down trees and power lines in Minnesota. From the Midwest to the Atlantic Ocean, storms and hurricanes devastated the power grid last week.

In areas where power lines are down, the US government told federal workers in the Washington area to take unscheduled leave or work from home Monday and Tuesday.