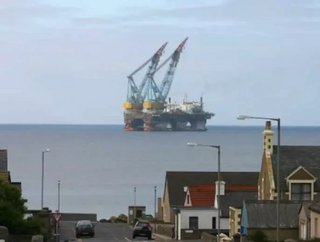 With the attendance of both Russian and Hungarian government members alongside Gazprom representatives and energy experts, Tuesdays conference titled...

With the attendance of both Russian and Hungarian government members alongside Gazprom representatives and energy experts, Tuesday’s conference titled “South Stream: The Evolution of a Pipeline” discussed the importance of the pipeline in terms of economic stimulation, security of supply, diversification of energy sources and its role in the development of a strong partnership between the energy enterprises of Europe.

Opening the conference was Hungarian Minister of National Development Zsuzsa Nemeth, who reiterated Hungary's need for energy diversification and emphasized that South Stream would create a strategic partnership with neighboring countries. “South Stream is a unique initiative with strong political backing from all sides. It provides an excellent tool for diversification amongst these countries and contributes to energy security in the whole region.”

Nemeth further stressed that “Russia is a strategic partner to Hungary on security issues and we are a major market for Russian gas. Hungary has confirmed its support for the construction of South Stream and the pipeline will further contribute to Southern and Eastern European countries relations with Russia.”

Read more on South Stream and other pipeline projects

Nigerian prosperity is in the pipeline for Oilserv Ltd

The Secretary of State for Energy Affairs, Pal Kovacs, underlined Hungary's energy dependence which currently stands to be greater than 60 percent. He highlighted the lack of infrastructure and a need for a survival strategy for the country which would address these issues.

“We need a strategy which will focus on promoting energy efficiency and improvement of energy infrastructure as well as security of supply,” Kovacs said. “We need to ensure access to natural gas and that is something that South Stream will guarantee by 2015.”

Closing the conference was Jose Maria Aznar, former Spanish prime minister, who analyzed the social and economic impacts of the South Stream pipeline and further reiterated the project's influence and importance in regards to EU integration in the context of helping provide Europe with a new source of desperately needed economic growth.