Hurricane Irene Could Cause Gas Price to Rise 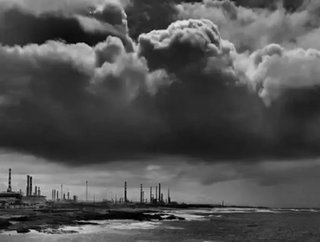 Gasoline futures have risen 10 cents this week for fears that hurricane Irene will disrupt oil infrastructure on the United States east coast. Refineri...

Gasoline futures have risen 10 cents this week for fears that hurricane Irene will disrupt oil infrastructure on the United States east coast.  Refineries, shipping routes and pipelines are all at risk from the giant storm pattern working its way up the coast and speculators fear the worst.  The combination of closed refineries mixed with thousands of people loading into their cars and heading westward away from the water could send gasoline prices rising as much as 20 cents over the weekend.

Refineries are already reportedly taking precautionary action, and several are expected to close temporarily during the storm.  10 percent of the United States’ refining capacity is located in Philadelphia, New Jersey and Delaware, and all these locations are expected to be hit by Irene.  PBF Energy President Michael Gayda says “We have an emergency response plan in place,” but has yet to decide whether regional refineries are going to shut down completely or go into “warm” mode (a partial shutdown).

Although refineries are generally built to withstand the winds of a category 5 hurricane, they tend to rely on electricity from outside sources.  So if the regional power grid fails, the refineries go offline.  However, it is far less dangerous for refineries to initiate a shutdown versus risking an electrical outage, which can create harmful conditions for workers.

Large ships such as oil tankers are being deployed to see to avoid potential damage from crashing into docks.

Analysts are preparing for the rise in gas prices, and a spike will likely be seen based on speculation whether or not refineries close or there is infrastructure damage.