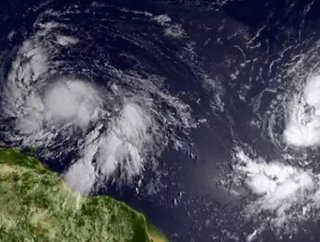 As Hurricane Isaac wreaks havoc along the fragile coastline of the Gulf, sand dunes and rock barriers built to contain the 2010 Gulf oil spill are und...

As Hurricane Isaac wreaks havoc along the fragile coastline of the Gulf, sand dunes and rock barriers built to contain the 2010 Gulf oil spill are under a close watch for their effectiveness through the storm.

Louisiana has spent over $200 million on sand berms off its coast line for decades. After the 2010 spill, money from BP was used to build miles of dunes and rock walls along Dauphin Island, Alabama's largest barrier island in the Gulf. A set of parallel-running artificial dunes were built on the narrow western split of the island, while a rock wall was built in Alabama to close the gap.

As the town continues to struggle with an eroding shoreline, closing the cut in the island slowed the erosion and reduced the salinity in the Mississippi Sound, allowing the state to rebuild its oyster industry.

As long as the water doesn't rise too high, the 10-foot-high dunes are expected to hold up to Isaac. Power, water and sewer lines will be somewhat protected, leading to shorter recovery times.

In Louisiana, $260 million worth of sand berms have been built around the mouth of the Mississippi River and BP has agreed to spend another $100 million rebuilding two coastal islands of the coast of New Orleans in the Chandeleur chain.

The islands in the area, dependent on the tourism industry, provide a crucial habitat for birds and fish nurseries. Experts are still unsure how the barriers will hold up against Isaac or how much new tar and oil from the Gulf spill will wash up.

"I think that's one of the great mysteries," William Graham, an oceanography professor at the University of Southern Mississippi, told Fox News. "What's still out there and what's buried and what will happen?"