Iberdrolas $5.6 Billion Deal to Bring US Gas to the UK 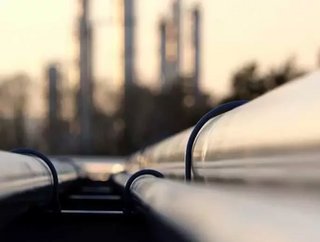 Spains Iberdrola signs 20-year gas supply deal with US-based Cheniere. The liquefied natural gas will be used to supply its customers in the UK and Spai...

Spains Iberdrola signs 20-year gas supply deal with US-based Cheniere. The liquefied natural gas will be used to supply its customers in the UK and Spain.

Spanish utility giant Iberdrola has signed a nearly $5.6 billion (£3.4bn), natural-gas deal with United States. The 20-year deal will see US shipping around 1 billion cubic meters of liquefied natural gas (LNG) a year to Iberdrolas customers in the UK and Spain.

Spanish utility entered into the agreement with Houston-based Cheniere Energy Inc. as Europe looks to gain energy supplies and the US accelerates it efforts to export gas amid tensions with Russia.

The Deal to Benefit UK and Spain

The deal is due to start flowing from 2019 and the majority of the gas will be Used to supply ScottishPower customers in the UK and in Iberdrola's Spanish heartlands. Iberdrola said that the volume of gas is enough to supply around 750,000 homes a year in the UK.

This is an important supply contract, which will help further diversify our geographical sources of gas. We have a significant gas customer base in the UK, to which we added customers last year, and three existing gas-fired power stations in the UK, with the potential to build more gas capacity if it proves economic to do so, an Iberdrola spokesman said to the Telegraph.

The US contract makes Iberdrola the second major utility operating in the UK to import US gas, consolidating its role as one a leading energy companies. Iberdrola now operates in around 30 countries, has 45,000 megawatts of installed generation capacity, 13GW of gas-fired power plant capacity, 32 million customers and more than 28,000 employees.

Iberdrola has a total of 3.6m gas customers worldwide and owns Big Six energy supplier ScottishPower, which itself has 2.2m customers.

The deal comes as European political leaders struggle to find new sources of gas and break the continents dependence on Russia in the wake of the Ukraine crisis.

The Russian gas giant OAO Gazprom provides 30 percent of Europe's gas, around half of which flows through Ukraine.

Shipment of LNG from US to UK

Under the agreement, US natural gas would be converted into LNG for export at a plant in Corpus Christi, Texas, and then transported to a gas import facility at the Isle of Grain in Kent, UK. Since 2010 Iberdrola has used part of the Isle of Grain LNG import terminal. Meanwhile Cheniere hasn't yet built the liquefaction plant at the Texas export terminal, but expects to this year.

The imported LNG will fuel gas-fired plants which will be sold to retail customers as well as the wholesale gas market.  Prices of the LNG will be linked to the US-based Henry Hub.

Iberdrola follows British Gas owner Centrica in seeking to take advantage of the US gas boom. Centrica too struck a 20-year deal with Cheniere in March 2013 to buy LNG from its Sabine Pass plant in Louisiana, which is due to start in September 2018.

Centricas £10bn deal will see it import enough LNG to supply 1.8m UK homes a year. However there are two different Cheniere export terminals for Centrica and Iberdrola.

Iberdrola said the Cheniere deal would serve to substitute part of the LNG covered by supply agreements that will expire during this period.

Iberdrola already has long-term natural gas supply agreements with companies including Sonatrach, Nigeria LNG, ENI of Italy and Statoil of Norway but declined to say which deals were lapsing when.

US, the Leading Gas Exporter

In recent years, a boom in US shale gas supplies has seen prices fall within the country giving leeway to US to become a major gas exporter in the next decade. Washington is already loaded with two-dozen projects to export gas.

A lack of export facilities has prevented US from exporting cheap gas to the global market.

Europe should tread lightly in its dependence on sustained deliveries of gas from the US since Asian buyers have thronged to import gas, raising prices over the past few years.