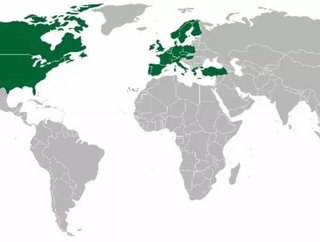 With oil prices still averaging above $100, the international community is scrambling for a quick fix to relieve the pressure at the pump that has slo...

With oil prices still averaging above $100, the international community is scrambling for a quick fix to relieve the pressure at the pump that has slowed economic activity.  In a move that has only occurred twice in the past, the International Energy Agency (IEA) has announced that global reserves will be tapped, releasing 60 million barrels of oil into the global market.  More than half of the boosted supply will come from the U.S. Strategic Petroleum Reserve.

The IEA estimates that the released reserves will be dispersed at a rate of 2 million barrels per day.  The organization claims the move comes as an effort to replace the Libyan crude supply that has been missing from the market since the NATO led air strikes caused the country to cut off oil exports.  The IEA notes another cause for tapping reserves is high petroleum demand in China—up 9 percent over last year due to rampant diesel generator use in the midst of widespread electric power outages.

The last time the IEA collectively released oil reserves was in 2005 following Hurricane Katrina.  The devastation in the Gulf of Mexico saw damaged offshore oil rigs, pipelines, and refineries.  The only time prior to that was during the Iraqi/Kuwait conflict in the early 1990s.

The IEA claims the reserves should hit the market by the end of next week.  The U.S. will contribute at least 50 percent of the total released reserves, while Europe will contribute 30 percent and Asia 20 percent.

Some analysts believe that the IEA’s actions will only be a short-term fix, and by the end of the summer, oil prices could reach unprecedented heights.  With such uncertainty in producing countries like Libya, coupled with Iran and Saudi Arabia’s continued bickering behind the walls of OPEC, not to mention the market manipulation occurring daily in the commodities trading sector, there is no certainty in the future of oil-based energy security at this point.

The best we can hope for is that the world’s leaders act responsibly amidst such chaos, and perhaps consider a fast-tracked multilateral global movement toward alternative energy modes.  The reserves we have left MUST be used as a buffer to provide the energy necessary now to develop the renewable energy infrastructure that will take us peacefully into the next century.  If these reserves are squandered and not utilized properly, then there may come a time when the bulldozers, cranes, and other equipment necessary to advance energy infrastructure to the next phase won’t have the fuel to operate.