Improving water for South Taranaki through technology and treatment plants

Sporting the motto “alive with opportunity,” South Taranaki District Council is committed to improving the lives of its residents on an array of counts. Over the course of nearly seven years and counting, the South Taranaki District Council has spent approximately $67 million making upgrades to improve facilities and the water quality that its residents and businesses rely on every day.

“For a relatively small population of 26,500, spread across the District in small communities, that’s been quite a significant undertaking and a significant expense which has been supported and driven by the council,” says Brent Manning, Group Manager of Engineering Services for the District Council. He adds that, while the population is small, the work has been vital in reaching the goals that the district council set out to achieve: upgrading these plants to ensure full compliance with New Zealand’s Drinking Water Standards. As it stands, these standards required full compliance from many water treatment plants in South Taranaki’s jurisdiction by 1 July of this year. As Manning states: “That is now the case.” 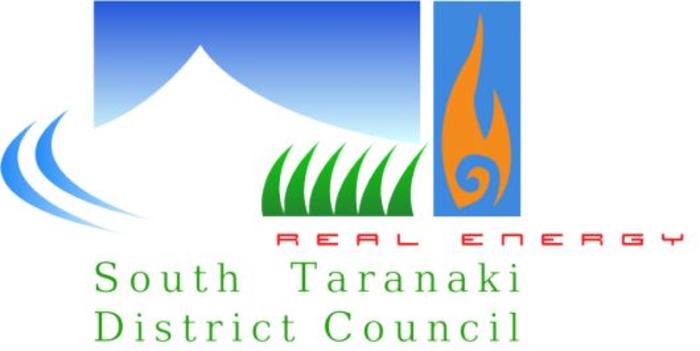 South Taranaki District Council’s water treatment upgrades have been extensive and varied. In 2010 the agency commissioned a brand new membrane microfiltration water treatment plant for the town of Hawera. This $22 million project, known as the Kapuni Water Treatment Plant, provides highly treated potable water to 10,500 Hawera consumers, as well as significant businesses for the region. The success of this plant spurred on additional microfiltration plants in Opunake and Rahotu.

Over the past year, a major project has been the rural scheme known as Waimate West Water Treatment Plant. Waimate West is a rural water supply that services two towns in the area, along with more than 800 dairy farms throughout some of the most productive dairy land in New Zealand. Farmers depend on a strong water supply for use in the dairy milking shed, and South Taranaki District Council has invested nearly $12 million into meeting this need. This includes $10 million on a brand new water treatment facility designed by Beca Consultants and built by Spartan Construction Ltd, as well as $1 million on a project with Whitaker Civil Engineering to connect an adjoining rural supply to this new upgraded system as part of the Pope Water Supply Scheme. This project involves a system to pump treated water back uphill towards Mt. Taranaki.

In addition to this water treatment plant and pump system, South Taranaki District Council has added vital renovations like upgraded pipes and pressure reducing stations to curb unnecessary water loss and increase the life expectancy of pipe systems in the future.

The council has also integrated other innovations, too. “We have included a micro turbine so we can generate some electricity, which helps meet our needs at the plant,” says Manning. “Also, in the future we could export that into the local supply grid as well.”

“With the exception of Kapuni, which is our operational base, all of our other plants are unmanned,” says Manning. Staff members visit these plants on a regular—if not daily—basis, but essentially the plants are set up to run effectively unmanned 24 hours and for up to 4 days, monitored and controlled for the most part through supervisory control and data acquisition (SCADA) systems that allow staff to monitor multiple plants and respond quickly to problems that may arise.

“Our staff can respond after hours on-line from home even in the middle of the night. If there’s a shut down or a loss of power or an exceeding of normal flow rate, and particularly in an event where we might breach the drinking water standards, we can go into automatic shutdown mode or an operator can intervene so that we maintain compliance with the drinking water standards,” says Manning.

South Taranaki District Council is also focusing on other technological innovations including a plan to install electronic loggers with a propriety program to dispatch automatic SMS texts if farm water use exceeds a preset point—a sign that there could be a leak that must be addressed as soon as possible. This could be assessed by the users through an open source see application for mobile phones.

Infrastructure improvements and new technology lead to a demand for operators and staff members who are considerably more tech-savvy than the job called for in the past. South Taranaki District Council understands this, and places a heavy emphasis on training to ensure that its employees are prepared for any situation.

“We’ve got a great staff here, all in various stages of training toward either a National Certificate or a National Diploma in water treatment,” says Manning, noting that—of the six staff members on site—three are diploma qualified, two are almost there having already achieved their certificates, and another  is in early training toward certificate level. “I personally regard training as a significant enabler toward greater capacity within our organization with achieving higher and better levels of performance, which also goes a long way toward encouraging personal development among our staff. We see it as a priority—we don’t have to have everyone qualified to diploma level, but ultimately we’re committed to training our staff to the highest level possible in a structured manner.”

According to Manning, the more that staff members understand about what could go wrong, the better place they’ll be in to deal with those issues if they arise. This idea proved itself in June with the occurrence of heavy rainfall and flooding in nearby hill country that washed away roads and significantly affected communities living in river valleys near the coast. South Taranaki District Council staff mobilized over that weekend to contain water supplies, take calls, and aid communities in need.

“We also rely heavily on our partnered contractors, such as Inframax Construction and Veolia Water New Zealand, who deliver such services as road and water networks maintenance. These companies have been extra busy since the event above, and work closely with our staff to ensure continuity of service and to respond and repair when things go wrong. We couldn’t meet all of our service levels without them,” says Manning.

South Taranaki also relied on an external agency, Nexus Partners Ltd, to both develop and tailor an internal program to train staff in less technical areas known as “Building Blocks.” This program included identification and development of selected Council staff as facilitators for the Building Blocks, to essentially “train the trainers.” Thanks to the Nexus-provided training and coaching, South Taranaki District Council has now developed to a point where its own staff delivers more than 90 percent of the training.

“We had previously rehearsed having such an event and setting up an operation center here for emergency, so it was rolled into action without any particular issues—so everyone knew what to do with a minimum fuss and no panic,” says Manning. “That’s an example of why training is important: ultimately people feel prepared and are able to respond when things go wrong.”