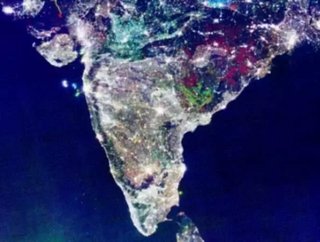 A Report Compiled By :

This paper highlights the importance of India’s energy security and the possible repercussions of Government’s policy paralysis, which is hurting the endeavors of energy firms.

India’s energy security is not attributed and confined to just the Oil & Gas industry, whose role cannot be denied in India’s overall growth story. The Government has indeed taken steps in the right direction but now it has become critical for India to introduce policy reforms to secure India’s growing energy needs. Starting from making the present Production Sharing Contract (PSC) structure more remunerative for the investors, to rationalizing the taxation regime for the sector, changes are indispensable. The biggest hurdle currently is the sector’s slow decision-making process. The dwindling interest of foreign investors and their exodus are big concerns, especially at a time when India needs them and the technology they possess. Not to forget, the reforms that India needs in the downstream and midstream sectors and the coordination among various Ministries.

The Indian economy is at a crucial juncture. 2012 marks the beginning of the 12th five year plan and the economic scenario does not look very encouraging. Not just the European crisis but the fluctuating Crude price (on which India’s dependence is precariously high at ~ 80% currently) is also increasing the uncertainties. And though in recent times, Crude prices are showing signs of relief, the depreciation of Indian Rupee vis-à-vis US Dollar is not helping. But again, this also underlines the issue of India’s growing dependency on energy. Analysts believe that the situation will not change much, be it high Crude prices or lower valuation of Indian currency, neither of the problems augurs well for the Indian economy. So then, what are the possible options we have? How do we navigate through the crisis?

Option 1: Reduce imports and solve both the problems. With the population, substantially over one billion, and growing energy demand this is not a policy solution.

Option 2: Maximize self-sufficiency. This perhaps is one of the more sustainable options. Though India has the fourth biggest reserves of Coal and is the second biggest Coal producer, the Petroleum sector still continues to play a pre-eminent role in meeting the energy requirements of the country. In fact, 45% of the total energy needs are met by Oil & Gas. Though India’s present levels of per capita energy consumption is extremely low, with the economy expected to grow between 7% and 9%, energy consumption is set to increase. Though, other sources of energy, especially Coal will remain important, the Petroleum sector is crucial in determining India’s energy security.

During the second half of the last decade, India’s energy consumption has gone up from 382 Million Tonnes of oil equivalent (MTOE) to 525 MTOE. And when we talk about maximizing self-sufficiency, it includes increasing the exploration activity in the country; bringing in more technology and liaisoning with mature countries in the Oil & Gas sector, like Norway. Invite more foreign investments and make the environment more investor friendly. Needless to mention for all these, India needs – bureaucracy, polity and the tax regime working in tandem to achieve nation’s energy security.

India’s energy demand is growing by about 7% and based on the growth rate, International Energy Agency (IEA) estimates that India may need to invest $800 Billion by 2030 for meeting its demand. What makes this imperative is the fact that India’s annual production is 2.3% of the world’s total energy production, but India’s consumption is 3.3% of the world’s total overall energy supply. The deficit is estimated to surpass Japan and Russia by 2030 placing India in the third position in terms of annual energy consumption.

Fact: India’s domestic production has stagnated to around 33-35 MMT and imports have gone up from 120 MMT to 142 MMT between 2007-2011. Clearly, domestic production remained flat, probably because of the slow pace of decision-making, bureaucratic hurdles, limited prospectivity, delays in commissioning of new projects and declining production from existing fields.

• Delay in approvals to the already discovered fields. Best example is Cairn-ONGC JV in Rajasthan. Indirectly, the bureaucracy and politics held back the decision on allowing ramp up from Barmer oil block, by almost a year. Timely approval for ramp up in Rajasthan would have reduced oil imports and saved forex reserves

• The inter-ministerial group is focused on petroleum sector. Steps in such direction would surely help

• No significant increase in investments seen, despite few big discoveries in some of the NELP blocks

• Under NELP-IX committed investment in the awarded blocks is about $582.29 Million

• So naturally, there is a significant dip between NELP-VIII and NELP-IX

• Experience of global giants in Indian E&P sector: some examples

• Production sharing contract is regressive and confusing in nature: no clarity, freedom on gas pricing

• Long process for allowing investors and technology experts, if they want to invest: again many examples but BP’s entry was not smooth

• Arbitrary rules for clearances: It is expected that blocks offered under NELP have all the required clearances in place. However, in the middle of exploration phase, various wings of Government create hurdles; especially Defence Ministry. Best example is BHP Billiton, who is likely to lose its entire portfolio if policy action is further delayed

• Petroleum Ministry/DGH# should make sure that before the block is offered for NELP** rounds, all the negotiations and clearances are in place

• Move towards the open acreage system

• Change in the PSC

• Exploring various contract models with a view to minimize monitoring of expenditure of the contractor without compromising, firstly, on the Hydrocarbons output across time (and secondly, on the Government’s take on Annexure 4)

India’s endeavor to minimize dependence on imported Hydrocarbon is facing hurdles from the Defence Ministry – in the name of National Security. There is a growing concern amongst the Oil & Gas companies as their operations are getting stalled because of clearances not being granted by Defence Ministry.

India is highly dependent on Crude supplies from Middle East and North Africa, which accounts for 60% of supply to India. And the kind of geo-political volatility witnessed in the Middle East andNorth Africa is a cause for concern for India. Not just constraints fromsupply but similar upheaval and uncertainty will automaticallytrigger a drop in crude production resulting in increased crude oilimports and higher prices in turn driving inflation in India.

• Look at other supply sources

• Increase the percentage of gas in India’s energy mix

More than 30% of India’s gas demand is still not fulfilled. And the situation is getting grimmer as the domestic production has not delivered as per expectations.

• Problems in sourcing long term LNG (except Qatar and little bit from Australia, there is limited contract for India)

• Competition from China, Japan and South Korea is weighing heavy on India’s aspirations

• At the time of Mani Shankar Aiyar’s tenure as Minister, a special wing focused just on international opportunities was created. It should be revived (under an IFS officer)

India’s overall Hydrocarbon (Oil & Gas) reserves are limited and it’s not enough to support the future needs. The only option, apart from diversifying import sourcing countries, is to look for assets in Oil & Gas rich countries.

• At the time of Mani Shankar Aiyar’s tenure as Minister, a special wing focused just on international opportunities was created. It should be revived (under an IFS officer)

Rationalise Taxation: Give and Take for Energy Security

Any Government can collect revenue from the Petroleum sector by various instruments and in most of the cases Government’s share of economic rent comes primarily through production-based or profit-based instruments. In India, it is a hybrid system. It is a system where the Petroleum companies contribute to Government coffers through royalty payment and also through profit Petroleum.

Thankfully the proposal for windfall tax for the upstream companies, suggested by former petroleum secretary and now planning commission member B.K. Chaturvedi, did not materialize. Otherwise, it would have been an untimely death for the upstream sector. Nonetheless Government in Budget 2012 still implemented the hike in cess for upstream companies from `2,500 a tonne to `4,500. Though India was never seen as an investment destination for Oil & Gas sector but the discoveries in KG-D6 (for gas) and Barmer block (for oil) revived the investment hopes. But then, the higher cess on Crude production, bringing upstream activities under service tax and taking away tax holiday on gas production certainly are not going to negatively impact the investment sentiments. Exploration is a high-risk activity and it needs sufficient incentive to attract investments.

• India’s present form of PSC regime has attracted lot of criticism, especially from CAG in its audit of private PSCs. CAG suggested royalty based contracts

• However, seeing India’s need for more investment in the sector with the present form of profit sharing under PSC should not be tinkered

• After the traditional form of Oil and Natural Gas, the other form that has taken some shape in India is CBM

• India’s gas pipeline density (per sq. km) is one of the lowest

• Out of 60 discoveries in nine NELP rounds since 1999, only two have entered production phase

• Shortage of oil rigs too has played spoilsport

• NELP has provision for charging market discovered price for gas

• However, operators have to follow the Government determined price

• Even under regulation: No uniformity in pricing of domestic gas

• The natural gas infrastructure in the country needs an overhaul

• More LNG terminals, especially in the east coast, need to be promoted

Though Hydrocarbon will remain one of the key sources for India’s energy security, policy makers, however, can’t ignore the other sources – viz Coal, Hydro-power, Nuclear, and Solar. In fact, Coal is going to play a significant role in India’s energy security. Not just as a big source of fuel (50%), but also because India has huge reserves of Coal.

Of course, within the Hydrocarbon sector, the prospect of Shale Gas and Natural Gas needs to be identified as soon as possible. As far as the present form of allocation and contracts of Oil & Gas blocks are concerned, India needs lot of changes. It should be appreciated that Rangarajan committee is looking at overhauling the present format of PSC. One big move that India needs to make is the shift from annual auctioning of Oil & Gas blocks under NELP to open acreage. For that, DGH needs to finalize the national data repository, so that companies can visit the always open data rooms and can bid whenever they want. This will keep the competition alive and also allow speedy exploration program in the country. DGH/Government also needs to finalize the terms for Shale Gas block bidding, so that India can take advantage of the development in the rest of the world. On regulation front, Government needs to stop regulating gas prices and let the market decide the prices. This will make the market more competitive and more remunerative for the investors. Also this will give the much needed impetus to the Gas retail sector in the country, which ultimately has the potential to lower the dependence on imports of liquid fuel. Focus also needs to be given to the PSU oil companies, who for all these years have contributed to the growth of Energy security of the country. Overall, India’s Energy sector needs a concerted coordination between the departments, and more Public-Private Partnership will do the trick. We should also ensure that foreign companies, such as ENI and mining major BHP Billiton, having deep pockets, should get the right platform to drill deep to ensure India’s Energy Security.