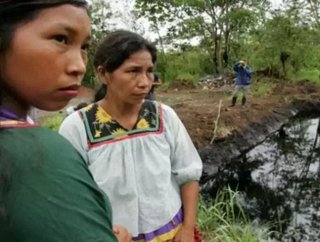 New York State Comptroller Thomas P. DiNapoli joined with 39 other investors from the United States, Canada and Europe, with a combined total of $580...

New York State Comptroller Thomas P. DiNapoli joined with 39 other investors from the United States, Canada and Europe, with a combined total of $580 billion in assets under management, to call on Chevron to settle its two-decade-long legal battle with indigenous populations in the Amazon rainforest. Citing an $18 billion Ecuadorian Court judgment and “significant reputational damage” Chevron has suffered due to the long-running lawsuit, DiNapoli asked the company to seek a settlement to prevent further shareholder damage.

“The time for delay is over,” said DiNapoli, trustee of the $150.3 billion New York State Common Retirement Fund, which owns 7.24 million shares worth an estimated $713 million in Chevron. “The company’s attempt to undo the court’s verdict only keeps the case in the public eye and further damages Chevron’s reputation. Chevron’s actions are hurting shareholders as well as the indigenous people of the rainforest. I urge the company’s leadership to settle the case and put this issue to rest.”

Over a 25-year period beginning in 1964, Texaco and its joint venture partner Petroecuador dumped nearly 16 billion gallons of oil waste products into the Amazonian rainforest. The companies also spilled nearly 17 million gallons of oil from its trans-Ecuadorian pipeline operation between 1971 and 1991 – 50 percent more than the oil spilled by the Exxon Valdez crash. Chevron merged with Texaco in 2001.

In a letter sent in November 2008, DiNapoli pressed Chevron’s board of directors to come to an equitable settlement in order to avoid substantial penalties in an Ecuadorian court. The company refused to settle, and the Ecuadorian Provincial Court subsequently awarded plaintiffs nearly $18 billion in compensatory and punitive damages in February 2011. The judgment was upheld by an Ecuadorian appeals court in January 2012.

Shareholders citing the Ecuadorian case have filed three resolutions calling for corporate governance reforms in the company. One asks Chevron to separate the positions of chief executive officer and chair of the board, another asks the company to lower the thresholds for calling special shareholder meetings, and a third, sponsored by the Common Retirement Fund, calls on Chevron to appoint an independent director with environmental expertise to its board.

Shareholders are expected to vote on the resolutions at the company’s May 30 annual meeting.