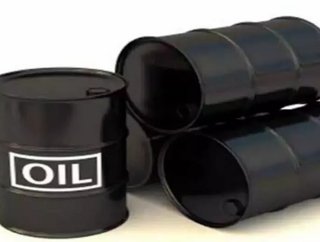 Iran announced plans today to use a new oil terminal outside the Strait of Hormuz to protect its exports and boost shipments of Caspian oil, according...

Iran announced plans today to use a new oil terminal outside the Strait of Hormuz to protect its exports and boost shipments of Caspian oil, according to the oil ministry news website.

The new shipping lane would be connected to the Caspian Sea port of Neka and use a 1 million barrel a day pipeline with a storage capacity of 20 million barrels. The head of the Iranian Oil Terminals Company (IOTC), Pirouz Mousavi, says the new terminal would serve as a fall-back option should any problems arise in the Gulf.

"In the event of any type of problem in exporting crude oil from the Kharg terminal, this terminal can provide back up for exports," the Shana website quoted Mousavi as saying.

Over the weekend, Iranian oil officials announced a major oil field find in the Caspian Sea, with reported estimates of up to 10 billion barrels of oil under the landlocked sea. Iran currently consumes the oil domestically, because the infrastructure to link it to ports in the south of the country are lacking.

Iranian oil minister Rostam Qasemi said Monday that the country's oil production capacity will increase by 1.5 million bpd over the next few years, compared to about 4 million bpd now.