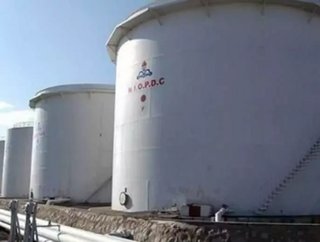 Iran announces plans to build new oil storage facilities in order to store more of the fuel it isn&#39;t selling due to Western sanctions over its dis...

Iran announces plans to build new oil storage facilities in order to store more of the fuel it isn't selling due to Western sanctions over its disputed nuclear program.

"By the middle of the next (Persian calendar) year (beginning March 20, 2013), nearly 8.1 million barrels will be added to the crude oil storage capacity of Iran," Press TV reported the managing director of the Iranian Offshore Oil Company (IOOC), Mahmoud Zirakchian-Zadeh, as saying.

As a nation with the world's third largest proven oil reserves, the sanctions have definitely made an impact on the country's economy, where crude oil exports account for 80 percent of its foreign revenue.

As a result, Iran's national airline has nearly doubled prices on plane tickets for many foreign destinations due to higher fuel prices and the diminishing value of the rial against other currencies.

Some of Iran's fleet of oil tankers have been used to store crude in early 2012, but the number of ships anchored off its main export terminal in the Gulf has fallen sharply in recent months. The amount of crude held in floating storage nearly halved to 13 million barrels at the end of October from as high as 25-30 million in April, according to IEA estimates.

Iran continues to deny charges that its uranium enrichment program is geared towards developing nuclear weapons, but rather towards generating electricity and producing radioisotopes to treat cancer patients.