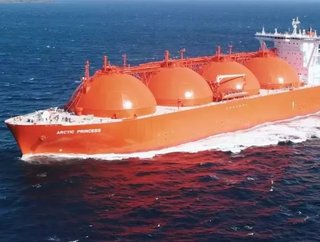 Written by Tom Woolley Sanctions against the Iranian regime and the repercussions for the oil industry have been well documented in the mainstream m...

Sanctions against the Iranian regime and the repercussions for the oil industry have been well documented in the mainstream media, with Tehran warning that it is prepared to throttle supplies through a key shipping artery. However, the conflict also poses a sizeable risk to the natural gas sector that has attracted nowhere near the same level of coverage. Shutting off the Strait of Hormuz would deprive the UK of its most important source of Liquefied Natural Gas (LNG), resulting in a massive supply gap and a stratospheric rise in prices.

Faced with tough US financial restrictions and an impending EU ban on Iranian crude, officials in Tehran have repeatedly cautioned that the Arab country may retaliate against Western sanctions by blockading the slender waterway that links the Persian Gulf with the Arabian Sea. The Strait represents the transit route for around a fifth of oil traded worldwide, and 30 per cent of global LNG traffic, making it as crucial of a chokepoint for seaborne cargoes of the super-cooled fuel.

With North Sea production in sharp decline, Britain has become increasingly reliant on imports as it finds itself in the position whereby more than half of natural gas requirements are catered for by overseas provisions. LNG imports in particular have grown exponentially in recent years, taking up much of the slack from the UK Continental Shelf. The regasified fuel has accounted for 15 per cent of the UK's gas needs over the past five months, coinciding with a massive increase in production by Qatar, whose cargoes make up the lion’s share of LNG intake (85 per cent in 2011).

Situated in the Persian Gulf, the State of Qatar relies exclusively on the Strait of Hormuz for safe passage of its LNG tanker fleet to its European and Asian clientele, but literally has no other export route available. Aside from a handful of deliveries to nearby Kuwait, all shipments must pass through this narrow waterway, on both their ballast and laden voyages. So as well as cutting off the route for oil tankers, shutting Hormuz would effectively choke off Qatar’s 77 million tonnes of LNG capacity a year, leaving import-reliant nations such as the UK short of supplies.

U.S. May Punish India Over Level of Iranian Oil Imports

Should Tehran make good on its threat, prices at the National Balancing Point (NBP) – the UK’s wholesale gas market – would almost certainly soar, as they did in the aftermath of the Japanese earthquake last March, which sparked concerns over LNG diversions to the Far East. As the world’s top importer of the super-cooled fuel, Japan would also feel the pinch, but is less susceptible to an interruption in Qatari output on account of its diverse supply portfolio. Even so, Asian LNG prices would be forced up and the need to make Europe competitive would exacerbate the bull-run at the UK gas hub.

Heightened tensions between Iran and the West has given oil traders the jitters, fuelling Brent crude’s recent strength, although little risk of premium gas has been factored into UK gas contracts by comparison. The difference between the two is that oil has received support from a variety of other geopolitical factors, notwithstanding the looming EU embargo on Iranian crude, whereas gas fundamentals have remained broadly comfortable aside from February’s freezing temperatures.

The consensus within the UK gas industry is that Iran is unlikely to actually shut the Strait of Hormuz and, as such, traders have shrugged off the risk to LNG imports. Tehran could easily accomplish this by laying mines or firing on passing tankers, but doing so would represent an act of war and Iran depends on the waterway itself to deliver its oil to its buyers in Asia. Outmatched by US naval forces, commentators claim that it would be a desperate and short-lived act of retaliation and as such the regime would only act on its threat as a last resort.

Tehran is much more likely to antagonise the West by proxy retaliation elsewhere in the Middle East, for instance by inciting violence via affiliate Shia groups in Iraq and providing low-level support to the Taliban insurgency in Afghanistan. The Iranian regime already appears to have stepped up its efforts and stands accused of orchestrating terrorist attacks on Israeli embassy staff around the world through its Lebanese ally Hezbollah. Lawmakers in the country have also threatened to pile the pressure on the Eurozone by pre-emptively cutting off oil supplies to the likes of Greece, Spain and Italy before the embargo kicks in this July.

The West may be content to use a combination of sanctions and diplomacy, but Israel is a different kettle of fish entirely, and having refused to take military intervention off the table, is reported to be contemplating more extreme measures. There has been talk within the international community of late that Israel may launch an attack in the spring, with the rationale being to target Iran’s nuclear facilities before they get too advanced. Keen to wipe out a national security threat and keep Jewish voters on side during an election year, Washington would be loath to condemn the Israeli-led attacks should such events transpire.

Closing the Strait of Hormuz might seem a self-defeating and last-gasp act of retaliation, but it maybe something that Iran’s rulers think seriously about if they feel that they have been forced into a corner, especially if they lose all the progress they have made in their self-proclaimed nuclear programme.

By favouring small-scale and deniable acts of violence, Ahmadinejad will hope to make life difficult but avoid a full-scale military conflict, using just enough brinkmanship to keep the West at arm’s length. The threat of Israeli intervention nevertheless poses a sizeable risk and beneath the surface this has already begun to have an influence on the energy sector. Having hit a floor in early January, the UK gas market has recently regained a foothold, putting an end to the dramatic sell-off seen throughout the latter stages of 2011. Upward momentum has mainly been put down to the cold weather, but there has also been some apprehension about the slowing pace of incoming LNG cargoes, helping to rekindle buying interest.

LNG deliveries have been few and far between of late, especially from top supplier Qatar. There have been reports of increased buying in Asia, which competes with us for Atlantic Basin consignments, although market players have also speculated that the slowdown could be due in part to the Qataris getting nervous about the escalating Iranian situation, prompting them to turn down output. Tehran has been flexing its muscles, running military drills in the Strait of Hormuz, whilst the US and allied forces have upped their presence in the region.Wary of a military conflict on its doorstep, it is understandable for Qatari LNG producers to be getting anxious about sending shipments through the strategic Hormuz waterway, which has become a key focal point for Iran’s petulance towards the West. Going forward, the cold war-style impasse that now exists is likely to keep Qatar on edge, confining UK-bound LNG deliveries, whilst an Israeli assault could prove the catalyst for further gains across the energy complex.

In the end, Iran’s warnings over the Strait of Hormuz may not go beyond rhetoric, but the slowdown in LNG deliveries shows that their sabre-rattling might be having more of an impact on the UK gas market than traders might have envisaged, lending indirect geopolitical support to prices. With the conflict poised to escalate, it is a good time to consider locking in energy prices sooner rather than later, or else hedging, to limit exposure to such risks.

Tom Woolley is managing editor at The Energy Brokers, a leading energy consultancy specialising in procurement and risk management solutions for the industrial, commercial and public sector.