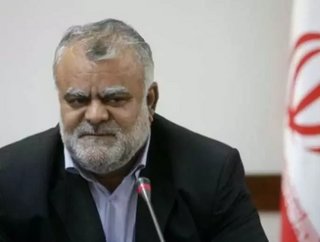 Iran currently holds the rotating presidency of the OPEC oil cartel.  As the second largest oil producing nation in OPEC, Iran’s controversial political position on the world stage is balanced by its economic power in the oil and gas sector.  Now, Iran’s parliament has ratified its new Oil Minister: Rostam Qasemi.

The parliamentary vote in favor of Qasemi was overwhelming, with 216 of 246 deputies voting in favor of his appointment to the post.  He is, after all, President Mahmoud Ahmadinejad’s hand-picked nominee.

Qasemi is a Brigadier General in the Iran Revolutionary Guards Corps, the countries prevailing military establishment.  Qasemi commands the industrial division of the elite Guards, Khatam al-Anbiya, which is also known for its involvement in Iranian oil projects.

Qasemi’s main goals in fulfilling the position are to enhance Iran’s position as the world’s second largest gas producer and the region’s number one refiner.  He plans to expand cooperative efforts with neighboring Iraq for joint development of shared oil and gas fields.

However, Western countries may be less enthusiastic about Qasemi’s appointment to the post of Oil Minister.  He is currently declared “persona non-grata” by the U.S. and E.U. due to his involvement in Iran’s controversial nuclear program.

Initially, President Ahmadinejad planned to take control of the Oil Ministry and eventually merge it with the Energy Ministry after dismissing Oil Minister Massoud Mirkazemi in May.  However, opposition in parliament rejected the proposal.