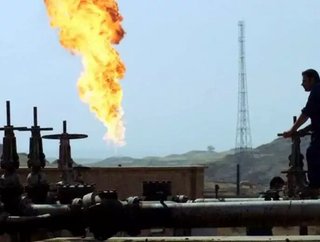 After decades of conflict and infrastructure neglect, Iraq is ready to rebuild. One problem, the country is broke. Although Iraq sits atop untold weal...

After decades of conflict and infrastructure neglect, Iraq is ready to rebuild. One problem, the country is broke. Although Iraq sits atop untold wealth in oil and gas reserves, the country does not have the capital or assets at its disposal to exploit reserves and introduce them to the world market on its own. The solution… Iraq is urging foreign multinational oil and gas corporations to invest.

Beginning in June, Iraq will open bids on 15 new licenses to explore 12 concessions—seven for oil and five for natural gas. The area to be explored covers 88,800 square kilometers stretching from south to north in western Iraq. It is estimated that the region could produce 29 billion cubic meters of natural gas and 10 billion barrels of crude oil. Bid winners will be announced next January.

As part of its infrastructure development plans, Iraq hopes to use capital gained from the oil and gas bids to construct gas to fuel power plants throughout the country to help Iraqis with their own energy needs, while selling oil to the world market.  Iraq will also focus on rebuilding infrastructure following the devastation that the conflict has left in its wake, including demolished buildings, utilities networks and roadways.

Welcome to capitalist democracy Iraq! Here’s what’s going to happen… Now that your country has been bombed to pieces, you’ll have no choice but to sell your assets to multinationals for far less than you could receive if you had the capacity to exploit them yourself! Sure, your citizens will have jobs, but you will most likely have little control over wages or conditions. Here’s to hoping they’re treated better than in the Saddam days!