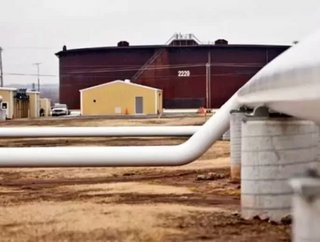 Despite President Barack Obama's denial of the Keystone XL Pipeline permit last month, TransCanada is shipping some 100,000 barrels of crude oil per day to the nation's largest crude oil terminal and trading hub, Cushing. The 300-mile long leg of the pipeline from Steele City, Neb., to Cushing has been in operation for almost a year.

"I'm not sure if that by itself is significant, but what interests me is the point that plenty of Canadian oil already is flowing to Cushing via a Keystone line, while environmentalists are attacking the perceived danger of the XL," Norm Szydlowski, CEO of SemGroup Corp. and Rose Rock Midstream LP toldTulsa World.

Using Cushing and other available Midwest terminals, Keystone could move 591,000 bpd from Canada and other producing formations in northern US. Oil executives remain hopeful that the administration will eventually allow the other two legs of the pipeline to be built.

TransCanada representative Jim Dunlap said TransCanada would support moving the planned route of the pipeline near the Ogallala aquifer in Nebraska 60 miles east to avoid the region to ease the fears of its opponents and environmentalists. However, a number of pre-existing pipelines already exist in the region, and he argues that the debate is more about the use of fossil fuels rather than the threat the pipeline poses to the aquifer.

If the pipelines do not get built, oil contractors are likely to turn to other markets like China. Keystone proponents continue to argue that the pipeline is safer than existing pipelines, and spills have only occurred at pump stations.