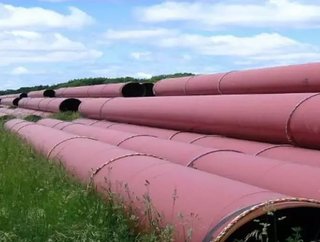 Texas landowners are fed up with what they call false arguments from Big Oil proponents of the Keystone XL tar sands pipeline. According to many, the...

Texas landowners are fed up with what they call false arguments from Big Oil proponents of the Keystone XL tar sands pipeline. According to many, the $7 billion project threatens the country's most critical drinking water aquifers and farmlands.

In reaction to TransCanada's announcement last week to move forward with plans to build the southern leg of the 1,700-mile pipeline on the table, Texans are vehemently speaking out.

According to a blog from the NRDC's Susan Casey-Leftkowitz, the plan to split the giant pipeline in two and start building in Texas will put landowners at high risk and will likely lead to even higher gas prices in the Midwest:

“...it will divert tar sands from the Midwest to the Gulf, raising American oil prices and likely also gasoline prices,” Casey-Leftkowitz writes. “An Oklahoma to Texas tar sands pipeline will mean more tar sands converted to diesel and available for export overseas. It will mean less tar sands remaining in the US, even while Americans bear the risks of the pipeline.”

Of course, Texas is not alone in this fight. Earlier this week, protesters in South Dakota blocked trucks carrying equipment for Canadian tar sands operations from the Oglala Sioux Tribe's Pine Ridge Reservation to Alberta. Many were arrested.

As the fight between corporations and the American people rages on, the Senate could vote as early as Thursday on another plan to take quick action on the Keystone XL pipeline. However, Democrats will most likely shoot it down.