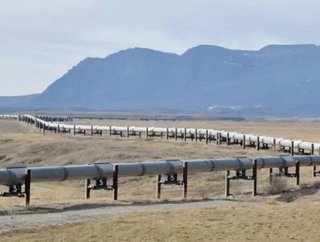 [email protected] Make sure to check out the latest issue of Energy Digital magazine AJC, a global Jewish advocacy group based in New York City, is...

AJC, a global Jewish advocacy group based in New York City, is urging the Obama Administration to approve the Keystone XL pipeline.

“The Keystone pipeline is important for U.S. energy security,” said AJC Executive Director David Harris. “It will contribute further to the remarkable progress already made in significantly reducing our reliance on oil from unreliable sources. It’s time to say ‘yes’ to the project.”

AJC recently submitted a statement to Secretary of State John Kerry, making the case that “the Keystone XL pipeline is in the national interest of the United States.” The AJC statement responds to the draft Supplemental Environmental Impact Statement (SEIS).

The pipeline will become part of the comprehensive, multifaceted energy policy that AJC has advocated for 40 years to substantially reduce U.S. dependence on oil from hostile or unstable foreign sources. “Canada, America’s dependable, democratic ally and neighbor, already is a solid partner on energy resources,” Harris said. “This pipeline project takes that unique bilateral relationship to the next level.”

The AJC statement stressed that the Keystone XL pipeline would contribute to U.S. energy security by providing increased access to Canada’s oil reserves, the second largest in the world after Saudi Arabia. Canada is already the United States’ largest trading partner, and provides oil through other pipelines. Transporting oil via pipelines is safer, more energy efficient, and more reliable than importing it through tankers from the Middle East.

President Obama had delayed approval last fall to allow for further review of environmental concerns about the pipeline project.  AJC, which is deeply committed to environmental safety, notes that those concerns have been addressed by considerable changes that include decreasing the number of states the pipeline will cross, reducing the length of the pipeline, and limiting the number of surface water bodies it will cross. These details are included in the SEIS that the EPA delivered to the State Department.

“The Keystone XL pipeline presents a pathway toward securing America’s energy future that can be implemented immediately and does not rely on an act of Congress or tax-payer funded investment, while also creating much-needed jobs for Americans,” AJC emphasized in the statement to Secretary Kerry.