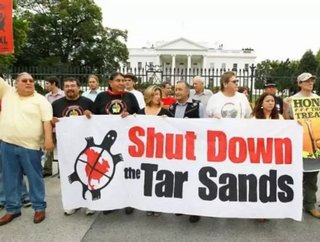 Written by Robert Rapier The Keystone XL pipeline is a project proposed by TransCanada that would be an extension of the existing Keystone pipeline sy...

The Keystone XL pipeline is a project proposed by TransCanada that would be an extension of the existing Keystone pipeline system. The pipeline would transport syncrude from the Athabasca Oil Sands in Alberta, Canada to refineries on the U.S. Gulf Coast. The project requires U.S. State Department approval because it would cross the U.S.-Canadian border. The proposed extension has been controversial because many feel that it supports further expansion of the oil sands, considered by many to be an environmentally harmful energy source.

In the face of fierce protests, the Obama Administration recently delayed the decision to approve the project until after the 2012 presidential election. But as the debate played out over the Keystone XL pipeline, I couldn't help but believe that those who are protesting against the pipeline are aiming at the wrong target.

The addiction metaphor is somewhat overused and admittedly imperfect, but I believe there is a very relevant example that illustrates the problem. If someone has a drug problem, you can try to eliminate the drug supply, or you can treat the addiction. In the U.S., we have conducted a very long war on drugs that has made the drug trade even more lucrative. Desperate people commit crimes to buy drugs they can't afford, and drug traffickers commit violent crimes to ensure that the profits keep flowing. Yet we still have a drug problem.

The point is that as we cut off one supplier, another springs up. We have not cured the disease. However, if demand for drugs fell, the suppliers would go out of business. This is analogous to our dependence on oil (and apologies to oil producers who are offended by the analogy). I think protestors who feel that stopping this pipeline will strike a blow for our oil dependence grossly underestimate the lengths that we will go to in order to acquire oil. Thus, I don't believe stopping the pipeline addresses the root problem, and threatens to worsen some problems that protestors have largely ignored.

I could be wrong, but I think the oil sands will get to market regardless. In fact, there are people that I respect a great deal who disagree. But Canada has shown no inclination to slow development of this resource. Production from the oil sands has grown steadily over the past few decades with no signs of slowing. Current production is more than 1.5 million barrels per day, with most of that being exported to the United States. Canada projects that by 2020 production will be over 3 million bpd, and by 2030 it will be 5 million bpd. None of this growth is contingent upon the U.S. approving this pipeline. If the price of oil remains high, then the oil will find its way to market, and the U.S. will simply continue to source the same sort of oil -- such as oil from Venezuela's oil sands. Addressing the demand side of the equation is the only way the goals of the protestors can be achieved.

Robert Rapier works in the energy industry and writes and speaks about energy and the environment. He has worked on cellulosic ethanol, butanol production, oil refining, natural gas production, and gas-to-liquids (GTL). He has a Master’s Degree in chemical engineering from Texas A&M University, and is presently employed as the Chief Technology Officer and Executive Vice President for Merica International, a Hawaii-based renewable energy company. Merica is involved in a wide variety of projects, with a core focus on the localized use of biomass to energy for the benefit of local populations. See his blog here: R Squared Energy Blog