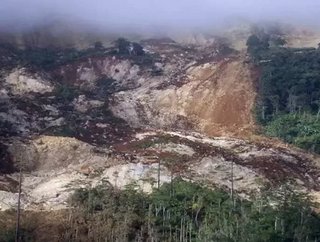 A deadly landslide near an Exxon Mobil $15.7 billion gas project in Papua New Guinea raises questions about the company&#39;s desperate scramble for r...

A deadly landslide near an Exxon Mobil $15.7 billion gas project in Papua New Guinea raises questions about the company's desperate scramble for resources abroad. Although the incident occurred in January, it stirred little media attention.

In developing the upstream portion of its project, Exxon was using a quarry to produce rock and gravel, but has said it is unclear what caused the disaster. There is evidence that the quarrying work was being rushed under tight construction deadlines, but the Papua New Guinea government has denied such claims. Italian firm D'Appolonia found that the company's quarrying operations did not meet environmental and social standards less than a year prior to the incident.

"The overall impression of (the consultant) is that incidents and situations have developed because the project has circumvented correct procedures in the interest of schedule...," D'Appolonia said in a report dated March last year and commissioned by the project's main creditors.

D'Appolonia said in a later report that conditions at the Tumbi quarry had improved by August, but many locals claim Exxon is expanding the quarry too rapidly. Poorly managed quarries and mines often contribute to large landslides.

Exxon denies claims it put time stamps on the project before safety. The government has instituted an investigation to clear the air.