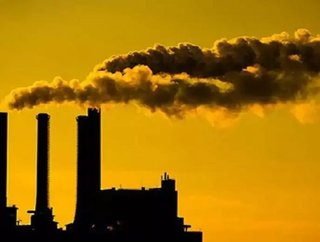 Economists at The Brattle Group released a report today examining the impact of emerging Environmental Protection Agency (EPA) air quality regulations on coal-fired power plants.  The new study, an update to analysis conducted in 2010, finds that 59,000 to 77,000 MW of coal plant capacity are likely to retire over the next five years, which is approximately 25,000 MW more than previously estimated.

Since December 2010 when the prior estimates of potential coal plant retirements were released, both natural gas prices and the projected demand for power have decreased, and environmental rules have been finalized with less restrictive compliance requirements and deadlines than previously foreseen. These shifts in market and regulatory conditions have resulted in an acceleration in announced coal plant retirements.  As of July 2012, about 30,000 MW of coal plants (roughly 10% of total U.S. coal capacity) had announced plans to retire by 2016.

The updated study takes into account the most recent market conditions and the shifting regulatory outlook facing coal plants.  To reflect the remaining regulatory uncertainty, the authors developed both "strict" and "lenient" regulatory scenarios for required environmental control technology.  About 59,000 MW will likely retire under lenient rules versus 77,000 MW under strict regulations.  Final regulatory requirements are still unresolved, but the authors suspect they will be akin to the lenient scenario.  The study highlights that retirement projections are even more sensitive to future market conditions than to regulations, particularly natural gas prices.  Likely coal plant retirements drop to between 21,000 and 35,000 MW if natural gas prices increase by just $1.00/MMBtu relative to April 2012 forward prices.  Similarly, projected coal plant retirements would increase to between 115,000 and 141,000 MW if natural gas prices were to decrease by $1.00/MMBtu.

"Our analysis indicates that future coal retirements will be a bit more than double the level announced to date," said Frank Graves, Brattle principal and co-author of the study. "The impacts will be modest over large areas, but more acute locally, especially for owners of smaller fleets that are predominantly coal-based. Everything else being equal, this amount of retirement will be enough to increase prices in both electric and gas markets for a few years, but we do not envision that impact to be large or persistent enough to alter retirement decisions."

The study does find, however, that the financial and operational implications may be substantial, even if overall reliability is not significantly affected.  The authors find that $126 to $144 billion of investments will be needed to retrofit and replace coal capacity.  Approximately 80% of the likely coal plant retirements will be generating plants owned by traditionally regulated utilities, such as investor-owned utilities and public power companies (as opposed to unregulated merchant generating companies).  These changes could be difficult for smaller generation companies or utilities with predominantly coal-fired generation; for instance, an estimated 4% of coal plant owners (controlling about 20,000 MW of the total U.S. coal plant capacity) would need to retire more than 50% of their generation fleet.  However, once industry-wide compliance adjustments are made, the coal fleet should be as profitable as it would have been absent the environmental rules.

The study, "Potential Coal Plant Retirements: 2012 Update," was co-authored by Brattle principals Metin Celebi and Frank Graves, and research analyst Charles Russell.  It is available for download at www.brattle.com.

The Brattle Group provides consulting services and expert testimony in economics and finance to corporations, law firms, and public agencies worldwide.  Areas of expertise include antitrust and competition, valuation and damages, utility regulatory policy and ratemaking, and regulation and planning in network industries.  For more information, please visit www.brattle.com.