Major investments from Oil of DRCongo 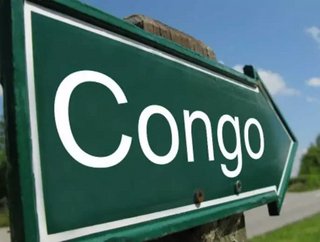 The refurbishment of the most critical sections of the Bunia-Kasenyi Road (14km over a total of 40km) in the North East Democratic Republic of Congo (DRC) will be funded by Oil of DRCongo, which will invest U.S. $750,000 in the road with the project expected to complete within the next 6-8 months

The Bunia-Kasenyi Road is a vital artery linking the towns of Bunia and Kasenyi. The road facilitates the supply of goods to Bunia and the on-going trade between these towns, creating jobs, encouraging investment and aiding the development of a region which has been heavily impacted by conflict over so many years. Oil of DRCongo's investment will enable a complete refurbishment of the 14km stretch, which has been affected by neglect.

There has been significant progress for Oil of DRCongo at Blocks I and II on the Albertine Graben, to ensure the continued development of these oilfields. Out of the five petroleum blocks for which the government of the DRC has signed PSCs, only Blocks I and II have undergone exploration, carried out by Oil of DRCongo. The other companies holding rights on the Albertine Graben have declared “force majeure” due to issues of security and failed to advance exploration activities.

The seismic campaign (first and second phases) has covered approximately 700km offshore and 150km onshore. The company has invested in excess of $70 million in the exploration works of the Blocks I and II so far including more than $20 million on the seismic investigations. The seismic data acquisition itself was carried out by TESLA (UK).

The next priority is the establishment of four wells. Oil of DRCongo is carrying out a feasibility study aimed at evaluating the entire drilling exercise and in particular, to identify the exact locations of the four wells established by the PSC. The preparation phase of the drilling includes the transport to the sites of the drilling equipment, the installation of a base camp for staff, new supply roads, a new dock on Lake Albert and a landing strip for moving personnel and equipment.

The tender documents for the drilling works expect to be launched by the end of March 2014. At the same time Oil of DRCongo will identify the new seismic grid necessary to cover the entire available acreage, with particular reference to Block I.

As operator of Bocks I and II on the Albertine Graben, Oil of DRCongo has exceeded the licencee's obligations to the DRC with regards to providing local community support. The company has invested almost $4 million in local projects including assistance to the medical/maternity centre in Kasenyi.

It has also completed feasibility studies for: the refurbishment of the Budana Power Plant with the aim of doubling capacity; the enhancement of waters supply system to Bunia through a new pipeline and new storage/treatment facilities; and the drilling of new water wells in Kasenyi.

“We are excited about the future prospects for Blocks I and II,” said Giuseppe Ciccarelli, CEO of Oil of DRCongo. “Oil of DRCongo is generating jobs, fuelling development and prosperity and contributing to social progress.”