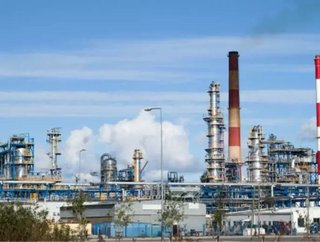 Indian and Chinese companies have spent billions over the past decade becoming major players in the global refining industry, but now they will need to...

Indian and Chinese companies have spent billions over the past decade becoming major players in the global refining industry, but now they will need to conduct some heavy maintenance during Q3 and Q4 should they wish to avoid any potential slowdown in production, according to the latest report from research and consulting firm GlobalData.

The new report highlights that Indian refineries are taking advantage of the lower-demand season by performing a large amount of scheduled maintenance work. Indian Oil Co. will perform a 45-day full plant turnaround in Q3 2013, at its 160,000 barrels of oil per day (mbd) refinery at Mathura, and a fluid catalytic cracker (FCC) turnaround at the same site for a further 15 days. In Q4 2013, Bharat Petroleum will perform maintenance on an atmospheric distillation unit and a 50.2 mbd diesel hydro-treating unit at its 191 mbd refinery in Kochi.

Some Chinese refineries will also undergo work this year. In Q4 2013, China National Offshore Oil Co. will shut an FCC in its Huizhou refinery for planned maintenance. In the same period, Fujian Refining and Petrochemicals is planning to conduct a 50-day full plant turnaround at its 280 mbd refinery in Fujian.

“Crude oil sellers and traders have their eyes on the Asia-Pacific region’s refineries,” says Jeffrey Kerr, GlobalData’s managing analyst for Downstream Oil and Gas. “Any potential slowdown in refined product demand in China or India would be likely to have a knock-on effect on the rest of the region and would affect throughputs. Some of these refiners could extend their planned maintenance periods if the economics dictated staying shutdown made more sense from a fiscal perspective.”

Brazil is another emerging country that will need to conduct maintenance at its refineries. Petrobras, Brazil’s state-owned oil company, managed to reduce gasoline imports to 81 mbd in Q2 2013, but this level will be difficult to maintain as the company will be carrying out scheduled work on two of its refineries during Q4 2013. This will make it difficult to maintain high levels of refinery output for the remainder of the year.

“It will be a couple of years before Brazil’s next two under construction refineries come onstream, meaning that Brazil will continue to be a net importer of refined products from the U.S. for some time to come,” says Kerr.

Although maintenance work is scheduled in all major regions of the world, global refineries have maintained high rates of operation throughout Q3 2013, as strong margins in those regions encourage companies to maximize the production of refined products.