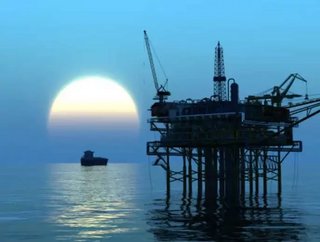 Having a unique in-house expertise in 3D simulation coupled with a deep understanding of the oil and gas industry, Intego Group is working with the Nat...

April 2010, Gulf of Mexico: An explosion caused the death of 11 people and 210 million gallons of oil spilled into the water leading to a major environmental disaster.

These accidents could have been prevented if technical solutions in the area of 3D simulation had been sufficiently evolved. Intego Group has been developing these solutions since 2006.

Visualization and 3D simulation software solutions are becoming a major part of operations on offshore oil-drilling platforms. Intego's software engineers have recently been involved in the 3D simulation and visualization of heavy equipment installation on an offshore oil rig that is operated by one of the world's leading energy companies. Given the risk of an oil spill occurring and the cost of any idle time if the rig ceased operation, the decision was made to perform a number of equipment installation practice sessions using 3D simulators.

“Our software engineers developed a special algorithm that was designed to import CAD models of real objects into the 3D simulators," said Sergey Glushakov, managing director at Intego Group. “This provided us with an opportunity to recreate exact virtual copies of the equipment and oil-drilling platform itself.

“As a result, before performing the real installation on an oil-drilling platform, we were able to find the best combination of parameters, such as wind strength, wave force, lifting crane position and many others. Based on recommendations generated through the 3D simulation activity, a real-life installation was performed successfully on the first offshore oil-drilling platform.”

Taking into account the fact that idle oil rigs can cost up $600,000 per day, the implementation of these technologies pays for itself in no time while significantly reducing the risk of environmental disasters, such as those that occurred in the Gulf of Mexico oil-spill and the North Sea.