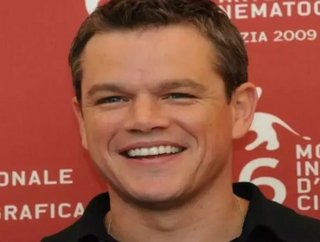 Matt Damon will star in &ldquo;The Promised Land,&rdquo; an anti-fracking movie that he co-wrote with actor John Krasinski (&ldquo;The Office&rdquo...

Matt Damon will star in “The Promised Land,” an anti-fracking movie that he co-wrote with actor John Krasinski (“The Office”), based on the draft by Dave Eggers (“Where the Wild Things Are”). Following the 2010 film “Gasland,” a documentary about the health concerns of citizens affected by the fracking industry, the new film has sparked similar controversy.

Damon and Krasinski will play two rival corporate executives—Damon playing a character whose life is disheveled after he arrives in a small town affected by hydraulic fracturing practices, a method for extracting natural gas from shale rock. The chemicals injected into wells deep in the ground in the process may taint nearby drinking water, among other environmental concerns.

According to ProPublica, recent EPA tests have revealed dangerous quantities of methane gas and dozens of other contaminants in some areas. However, the group suggests that the substances detected do not violate specific drinking water standards.

“FrackNation,” a pro-fracking film, posted on their KickStarter site: "It will not be easy getting the message out with a sequel to Gasland in the works and now a big budget Hollywood movie concentrating on scare stories rather than true stories. Now, we recognize Hollywood movies don't have to be truthful - they just have to be entertaining, but it's likely that PROMISED LAND will increase unfounded concerns about fracking."

As for Damon himself, the concerns about fracking are relevant. In 2010, he promoted the Working Family's Party “working to prevent risky natural gas drilling” and keeping water clean in New York.