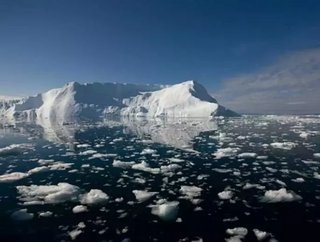 Stakeholders from Denmark, Norway, the United States, Canada, Finland, Iceland and the European Union are set to meet in Copenhagen this May for Defen...

Stakeholders from Denmark, Norway, the United States, Canada, Finland, Iceland and the European Union are set to meet in Copenhagen this May for Defence IQ's Arctic Patrol & Reconnaissance event.

Continued ice-melt in the Arctic holds the potential to revolutionise commercial activity and business, as additional shipping routes emerge in the region. Whilst significant activity increase may be decades down the line, the Arctic nations are acting now in order to ensure their long-term regional security.

A call to action from Cdr Kenneth Boda, USCGC, that a "reliable maritime presence is required to protect the safety, security and stewardship of the Alaskan Arctic waters" stresses the need for polar icebreakers and similar vessels in a region that has become increasingly accessible. Read the full article in the Arctic Patrol & Reconnaissance resource centre.

Denmark and Canada are amongst those who have introduced a formal policy of increasing their military presence in the region, whilst Russia has recently re-opened several of their most Northern air-bases to increase their arctic reconnaissance capabilities.

Under the Chairmanship of Captain Henrik Kudsk, Special Arctic Advisor to the Admiral of the Danish Fleet, the Arctic Patrol & Reconnaissance 2013 event will examine the thinking and policies of the key Arctic nations, along with current and planned programmes to enhance Far Northern patrol and reconnaissance capabilities.

Major General Stig Oestergaard Nielsen, Commander of the Danish Defence Arctic Command, will be just one of the senior officers speaking at the Arctic Patrol conference on the operational challenges alongside academics and industry representatives from SAAB and Singapore Technologies Kinetics Ltd.

Arctic Patrol & Reconnaissance 2013 will be taking place on 21-23 May 2013 in Copenhagen at the renowned and illustrious Royal Danish Defence College and will include two workshops focusing on understanding the Arctic Sea ice and improving Arctic communications.