Missing the potential for the demand side in Texas 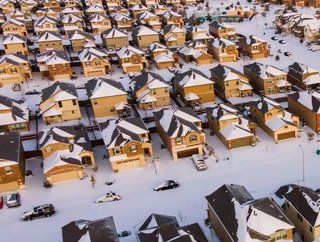 Jon Ferris, Head of flexibility and storage, Delta-EE, reflects on missed opportunities from the Texas blackouts earlier this year

Sometimes it takes a crisis to spur innovation and change. The Covid-19 pandemic, tragic in so many ways, has seen dramatic changes in working practices that are now embedded in many companies.

Will the same be true of the Texas blackouts earlier this year, another tragic event that led to 5 million homes without power, over 200 deaths, economic losses projected to reach $200bn, and an almost total collapse of the grid?

Unfortunately, it’s not looking that way.

It should have been a great opportunity to unlock the potential for the demand side as a solution – in terms of both energy efficiency and demand response. Indeed, it was customers who ultimately saved the Texas grid. They were not rewarded for providing the last resort system services that prevented its total collapse. And no customer was offered anything near the $9,000/MWh imbalance price that generators and retailers had to pay.

The demand side is an integral part of the energy system, but in Texas and across the world, is not yet integrated into the energy system. This integration becomes increasingly more important as more distributed energy assets appear on what is still referred to as “behind the meter”.

Extreme weather events, such as Storm Uri in Texas, will become more frequent and extreme. Electricity grids and energy systems will need to become more resilient. Storm Uri showed how different risks can become correlated during extreme events. Planning for such events requires a system-wide response that includes the demand side. Ignoring the role that the demand side can play will make this resilience harder and more expensive to achieve.

Sadly, the policy response to Storm Uri ignores much of the opportunity. Why? Partly because the easy, headline-grabbing solutions will be ineffective, reflecting instead a resistance to the technological and societal changes driving the energy transition.

But also, partly due to the imperfect way that some dynamic time-of-use tariffs had been introduced by some retailers. A handful of customers on such tariffs ended up paying $9,000/MWh (leading to a weekly bill of $15,000), making the headlines. These customers were unable to respond to, or hedge against the level of risk they were exposed to. These headlines have led to proposals to ban dynamic time of use tariffs.

Some retailers also suffered from unhedged positions, with a number driven into bankruptcy; for example, Brazos Electric Power Co-op owed $1.9 billion when they were unable to cover the failure of their gas generators.

A more nuanced approach would be to utilise demand response signals within a tariff, together with automated responses and risk hedging to exploit the flexibility of the demand side. Storm Uri has shown the need for such a nuanced approach and the danger of passing all risks to customers, who are ill-equipped to manage this level of market volatility.

But it has also clearly shown how the demand side should be part of the solution.

Replacing the 30GW of generation outages that occurred in the crisis with demand side flexibility would be a stretch, but a combination of reduced demand from energy efficiency and an increased response from demand side flexibility could have been enough to prevent the blackouts. Profits from super-high wholesale prices that flowed to upstream generators and gas shippers would have also flowed to customers who were able to provide flexibility and system services.

Integrating the demand side isn’t easy. Designing a market structure that apportions the right amount of risk and reward to customers requires careful thought, but it is possible. Instead, policy makers are largely focusing on building more gas-fired central generation. As renewables grow, these plants will largely increasingly sit idle, with customers ultimately bearing the cost. Lawmakers in Texas have also been debating proposals to make renewables pay for system resilience, despite most of the outages that led to the crisis being from fossil fuel generators.

In our view, the opportunities arising from the Texas crisis are largely being wasted.

Jon Ferris is Head of flexibility and Storage at Delta-EE