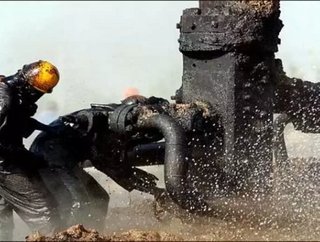 Part of Eastern Colombias oil sector shut down this week as workers went on strike amidst protests over the laying off of hundreds of contractors. Cana...

Part of Eastern Colombia’s oil sector shut down this week as workers went on strike amidst protests over the laying off of hundreds of contractors.  Canadian oil firm Pacific Rubiales Energy operates the region’s large Rubiales oil field, but has left workers dissatisfied with the conditions of the industry.

The labor dispute was initially triggered by the firing of 1,100 oil contractors by Cepcolsa—Colombian subsidiary of Spanish multinational CEPSA and regional partner with state-controlled Ecoptetrol.

The work stoppage resulted in violent riots, which left six people injured and seven vehicles set on fire.  Riot police were deployed to subdue the protests, which involved both employees of regionally operating multinational oil firms and area residents aiming to take back control of Rubiales.  Spokespersons for the labor groups say police used excessive force in trying to put down the protests.

According to the president of the CUT labor federation, Tarsicio Mora, contract workers were fired after unionizing to demand better working conditions, pay and social benefits.

Pacific Rubiales Energy claims that other armed groups joined the protests and briefly occupied the company’s production facilities on Tuesday.  The company was forced to halt production, leading to an output shortfall of 177,000 barrels per day, 67 percent of which belongs to Ecopetrol and the Colombian government in the form of royalties.

Colombian Vice President and former labor leader, Angelino Garzon, is mediating the dispute and has been meeting with local and regional authorities, as well as oil industry and labor representatives.  Initial attempts at conflict resolution failed, with labor Unions citing increased social ills such as prostitution, environmental and water quality degradation as a result of oil exploration and production in the region.  Garzon is urging an immediate end to the protests while encouraging oil companies not to take reprisals against workers and labor leaders.