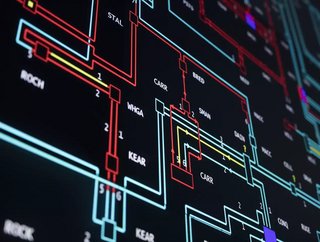 The National Grid's IFA interconnector power cable link connecting the UK to France is currently out of service following a fire at its Sellindge site and 1,000MW will be unavailable until March 27 2022.

This is an addition to the 1,000MW which is offline due to a planned outage until September 25. The IFA2 interconnector is operating at fully capacity. "Our investigation is ongoing and we will update the market with any changes as necessary," it tweeted.

The IFA accounts for around 40% of the UK's 5GW of operational power links with mainland Europe. Twelve fire engines were fighting the fire at the peak of the blaze, over fears it could spread to other neighbouring buildings, according to Kent Online.

The capacity shortfall comes as the UK is already bracing itself for a winter energy crunch fuelled by low wind power output, high gas prices and nuclear plant outages.

This week National Grid erected the world’s first T-pylon, the first new design for an electricity pylon in the UK for nearly a century, in Somerset. Click here to watch a video.

It will be one of 116 T-pylons along a 57kms route, connecting low carbon energy to six million UK homes and businesses. The T-pylons, which have a single pole and T-shaped cross arms which hold the wires in a diamond ‘earring’ shape, are 35 metres high, a third shorter than National Grid’s traditional lattice pylons, and have a smaller footprint using less land.

The new pylons form part of National Grid’s Hinkley Connection project, a £900m investment to connect low carbon electricity from Hinkley Point C Nuclear power station. They will run between Bridgwater and Portbury, other than through the Mendip Hills AONB where the new connection goes underground. The project also includes the removal of 249 electricity pylons between Bridgwater and Avonmouth.

IMServ announced on Tuesday it has partnered with private equity firm Bluewater through a successful acquisition from Schneider Electric. The transaction value was undisclosed. IMServ's technology manages around 25% of all electricity which passes through the National Grid.

Thomas Sikorski, Co-Founder of Bluewater, said: “We are delighted to have acquired what is already a market-leading company in IMServ. The company has been at the cutting edge of metering technology for 20 years and the team members are genuine pioneers in the sector.”