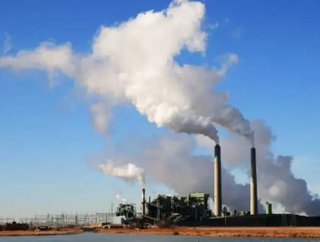 Significant reductions in greenhouse gas emissions from existing fossil-fueled power plants can be effectively and affordably achieved through EPA performance standards and guidelines that result in displacement of power generation from the highest-emitting coal-fired power plants by generation from under-utilized, efficient natural gas plants, at minimal cost.

That’s the lead finding of a new study from Clean Air Task Force, offered as a viable way forward as the U.S. Environmental Protection Agency (EPA) drafts its carbon pollution rule for existing power plants under the Clean Air Act as the linchpin of President Obama’s Climate Action Plan.

The report, which is being presented to EPA as it works to meet its June 2014 deadline for an existing power plants draft rule, was authored by Conrad Schneider, advocacy director for CATF based on economic modeling analysis prepared by The NorthBridge Group.

“What we’ve learned from this analysis,” said Schneider, “is that the U.S. can achieve significant CO2 emissions reductions from the fleet of existing fossil-fueled power plants at minimal cost simply by taking greater advantage of currently underutilized natural gas plants to displace power from the highest-emitting coal plants.

The report recommends that EPA:
•       Set separate emission rate standards for fossil-fueled utility boilers at 1,450 lbs CO2/MWh and natural gas combustion turbines at 1,100 lbs CO2/MWh; and
•       Facilitate least-cost implementation for states by issuing a model interstate emission credit trading rule with the opportunity to use the free allocation of allowances to protect electric retail ratepayers of all classes.

Read more about the gas and oil industry:

When put in place, these strategies will protect system reliability, grid stability and fuel diversity by relying on proven, existing fossil electric units that are already in operation and available today.

“If EPA follows these recommendations, we can expect meaningful emissions reductions at minimal costs” said Bruce Phillips, director, The NorthBridge Group. “We’ve done the math, and the results are enormously encouraging.  Our calculations suggest the following:
•       “By 2020, we will see a decrease of 27 percent, or 636 million metric tons of CO2, from 2005 levels;
•       “By reducing coal consumption in favor of natural gas utilization, this plan will reduce sulfur dioxide (SO2) emissions and nitrogen oxides (NOx) emissions by over 400,000 tons each in 2020 resulting in over 2,000 avoided premature deaths and 15,000 asthma attacks annually;
•       “An increase in average nationwide retail electric rates of only 2 percent in 2020 which, based on Energy Information Administration forecasts, should result in no net increase in monthly bills;
•       “Monetized health and climate benefits of $34 billion, which is over three times the cost of compliance.”

How it would work

Central to the application of an existing plants rule, under this proposed regimen, is the establishment of an emission budget-based “model” interstate emission credit trading rule by EPA that can easily be implemented by the states.

The rule would facilitate states participating in cost-saving emissions credit trading and allow states to mitigate retail electric rate impacts through free allowance allocations. The rule would also allow states to compensate merchant coal generators for losses in asset value that may occur as a result of the program. The net result of this system, NorthBridge found, would be to create incentives for operators to shift generation to existing under-utilized natural gas units and reduce reliance on the highest-emitting coal units.

“We recognize that our plan is only a first step in reaching the Administration’s long-term goal of an 80 percent reduction in greenhouse gas emissions across all sectors by 2050,” said Schneider. “By that date, every remaining fossil fuel power plant – coal or natural gas -- must have carbon capture and storage technology.”