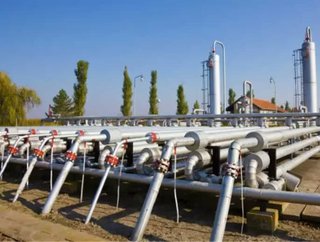 Projections in the Annual Energy Outlook 2014 (AEO2014) early release overview, prepared by the  U.S. Energy Information Administration, focuses on the factors that shape U.S. energy markets through 2040, under the assumption that current laws and regulations remain generally unchanged throughout the projection period.

The early release provides a basis for the examination and discussion of energy market trends and serves as a starting point for analysis of potential changes in U.S. energy policies, rules, or regulations or possible technology breakthroughs.

- Ongoing improvements in advanced technologies for crude oil and natural gas production continue to lift domestic supply and reshape the U.S. energy economy. Domestic production of crude oil (including lease condensate) increases sharply in the AEO2014 with annual growth averaging 0.8 million barrels per day (MMbbl/d) through 2016, when it totals 9.5 MMbbl/d

- While domestic crude oil production is expected to level off and then slowly decline after 2020 in the Reference case, natural gas production grows steadily, with a 56 percent increase between 2012 and 2040, when production reaches 37.6 trillion cubic feet (Tcf).The full AEO2014 will include cases that represent alternative oil and natural gas resource and technology assumptions.

- Generation from renewable fuels, unlike coal and nuclear power, is higher in the AEO2014 Reference case than in AEO2013. Electric power generation with renewables is bolstered by legislation enacted at the beginning of 2013 extending tax credits for various renewable technologies; which was passed after the AEO2013

- In addition to increases in domestic consumption in the industrial and electric power sectors, U.S. exports of natural gas also increase in the AEO2014 Reference case. U.S. exports of liquefied natural gas (LNG) increase to 3.5 Tcf in 2029 and remain at that level through 2040. Pipeline exports of U.S. natural gas to Mexico grow by 6 percent per year, from 0.6 Tcf in 2012 to 3.1.

- Domestic production begins to decline after 2019, and the import share of total petroleum and other liquids supply grows to 32 percent in 2040, still lower than the 2040 level of 37 percent in the AEO2013 report. The alternative cases in the full AEO2014 will illustrate how different assumptions about resources, markets, and policies can dramatically impact projections of import dependence.

One step closer to clean coal?