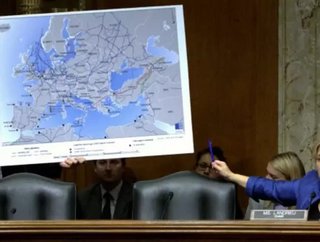 U.S. Sen. Mary L. Landrieu, D-La., chair of the Senate Committee on Energy and Natural Resources, held a hearing this week on how increasing exports of liquefied natural gas (LNG) will create thousands of high-paying jobs, support U.S. allies abroad, and potential reduce Russia’s energy influence in Europe. The hearing, titled “Importing Energy, Exporting Jobs — Can it be reversed?,” was Landrieu’s first as chair of the committee.

“Thanks to extraordinary and swift advances in technology to locate, capture and produce natural gas, this committee will discuss the expanded opportunities to export LNG, the possibilities to create high-paying jobs in America and support our allies in Europe and budding democracies across the world,” Landrieu said. “The last thing [Russian President Vladimir] Putin and his cronies want is competition from the United States of America in the energy race.”

Last week, Russia sanctioned nine U.S. officials, denying them entry into Russia because they hold views in opposition to Russia’s actions against the Ukraine. Sen. Landrieu was among the nine sanctioned officials.

In his testimony before the committee this week, Dr. David Montgomery, senior vice president of NERA Economic Consulting, stated that LNG exports from the U.S. could reduce Russia’s stranglehold on energy supplies to Europe. Immediate announcement of a policy of allowing unlimited LNG exports would signal potential competition that Russia would have to meet by offering lower natural gas prices as it renegotiates its supply contracts with Europe.

Landrieu also touts the importance of creating high paying jobs by increasing LNG production and exportation in the U.S.

A 2013 study by David Dismukes at LSU found that by 2019 more than 200,000 jobs will be created by new unconventional energy production in Louisiana alone. A recent LSU report estimated that from 2012 – 2018, approximately $47 billion of private sector investment will be made in new and existing plants and projects in Louisiana. That investment is expected to create more than 37,000 new, high-paying jobs.

“Nowhere is this more evident than in my home state of Louisiana and all along the Gulf Coast – America’s energy coast,” Landrieu said. “The oil and gas industry supports over 300,000 jobs in Louisiana, and has been a major factor in securing below average unemployment for the last five years.”