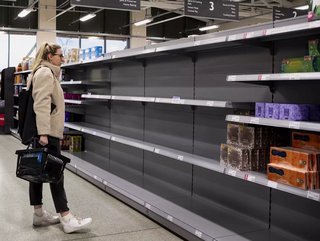 Energy is a beguiling industry. You can't see it, but you can certainly hear it.

You know things are getting serious when energy takes up the majority of the Today programme, with wholesalers, retailers, politicians and professors lining up to analyse the latest crisis to sweep the industry.

Under blue skies, the UK starts the week facing an evolving energy crisis that could be a foretaste for an impending winter like no other.

The spark to the latest turmoil was the decision by New York-listed fertiliser group CF Industries Holdings - which claims it is the largest manufacturer of ammonia in the UK - to halt production at its plants in Billingham in Teesside and Ince in Cheshire, amid gas price surges.

Both plants account for around 60% of UK supplies - which most observers overlooked during good times, but suddenly raises issues over national security and welfare at times of crisis. "The company does not have an estimate for when production will resume," it said in a short statement.

At a time when carbon dioxide has been painted as the enemy in the run up to COP26, we're reminded of its benefits, underlining not only the complexities of the energy and supply chain, but also the switch to renewables.

CO2 is used when slaughtering pigs and chickens to stun them, and during the packaging process for all meat to prolong shelf life. It is widely used throughout the food industry, including brewing and carbonated drinks.

Suppliers are pulling out of all price comparison sites in response to unprecedented market volatility, which is combining with the price cap to make the situation untenable for comparison services and suppliers alike.

Wholesale energy prices – the prices suppliers pay for the energy they sell to households – have been increasing constantly over the last 12 months, accentuated by extreme volatility recently as a number of shocks have further shaken the markets. This has led to two main outcomes:

We’ve seen four suppliers go under in the last 10 days – no doubt partly as a result of these pressures, and more will surely follow, believes Jon Fletcher, CEO of Big Clean Switch.

"Even if suppliers weren’t pulling their tariffs from price comparison sites in response to price volatility, few consumers will have been able to save switching through comparison sites recently because of the impact of the price cap," he said.

"Given Ofgem has spent a decade trying to increase competition in the market and encourage households away from standard variable tariffs, it is deeply ironic that the price cap is now a major blocker to households switching. It was always intended to track markets – instead it is throttling them. The combined effect of these events is to impose a single, standardised tariff on households across the UK at the price cap level."

What are the underlying causes?

It’s impossible to look at the current situation without focusing on our reliance on imported fossil fuels and electricity.

The sooner we end our reliance on imports, and build an energy system that generates, stores and distributes clean green energy within our borders, the sooner we’ll end our exposure to market shocks.

"While there is inevitably a cost to this transition, the events of the last year, and of the last week in particular, demonstrate that the costs of inaction are far greater," says Fletcher.

Speaking on the Today Programme, Dale Vince, Founder of Ecotricity, said the squeeze has a number of factors.

"Our nuclear fleet is down, we've had a record low wind speed in the summer and there's been a fire on one of our interconnectors to the continent, so we have a shortage of electricity at the same time that there's a global shortage of gas - and you can't fundamentally fix that. It's more what sticking plasters can be applied to get us through the winter."

Small suppliers have been going bankrupt at the rate of one every six weeks for the last two years anyway, he added. "They're really jammed between a rock and a hard place as Ofgem imposed the price cap. Anybody not hedged now going into the winter is in really big trouble. Either the government is going to bail them out, or the price cap will be taken away, or something more fundamental."

There will be a meeting this afternoon between the energy supply industry and Kwasi Kwarteng, the Business Secretary, but it's hard to see any quick fixes.